close
Even if crime doesn't pay, Hollywood makes it look like a million dollars

Damn, Movies Make It Look Good To Be A Gangster

The marketing for Oliver Stone's latest potboiler, Savages, is so damned effective. The sound of guns being cocked, 50 Cent's off-key crooning, wry dialogue from the criminally underused Salma Hayek, and did I mention the sound of guns being cocked to a hip hop beat? And it illustrates a simple fact: it is absolutely impossible to make a "crime doesn't pay" movie because movies about crime always look so cool. The Geto Boyz were right: damn it feels good to be a gangster. Or it looks good, at least.

Francois Truffaut agrees. He once said that it's impossible to make an anti-war movie because the violence always looks extremely cool and super exciting. No matter what comment the filmmaker had in mind, a killer explosion is an advertisement for the military. And war is a gigantic, national tragedy. So a smaller stakes crime film is even better at swaying audiences to side with the crooks. How the hell is law and order supposed to compete against banging beats and fabulous explosions?

To prove it, here's  look at the history of Hollywood's attempts to show the rise and fall of criminal masterminds. Frankly, as a stay-out-of-trouble lecture, they're all total failures. If Oliver Stone's Savages really wants to make the case that crime doesn't pay, he'll need to pay close attention. Here are three ways to pull it off. 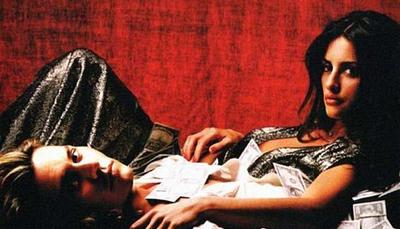 Blow is a middling criminal epic that followed erstwhile low level pot dealer George Jung, possibly the most anticlimactic drug kingpin who ever lived. In the 1970s and '80s, Jung somehow became a lynchpin of the cocaine trafficking business and ultimately ended up in cahoots with Colombian drug lord Pablo Escobar. Of course, he's betrayed by his super shady business partners and abandoned by his family and friends, a process rendered in excruciating detail during the film's last act.

The amazing thing about Blow (besides the fact that a 38-year-old Johnny Depp could pull off playing 19) is that his George Jung never looks even remotely cool. Despite funneling millions upon millions of dollars worth of Bolivian marching powder into the U.S., he never killed a single person. He wears atrocious suits and apparently, if the soundtrack is accurate, listens to Manfred Mann. Further, when it comes time for him to turn state's evidence against his former partner, he actually receives permission from Pablo Escobar to do so. Even betraying his boss, he's a wimp. The last third of the film describes in excruciating detail why he sucks, but it only contrasts to his spectacular highs as a crime lord. Ultimately, the moral seems to be "Make friends with Pablo! He probably won't kill you!

But it really comes down to two words: Penelope Cruz. She's hot, sexy, and looks absolutely awesome in white. And she plays George Jung's wife. Sorry, Operation Anti-Crime, but that's a slam dunk argument for your opposition.

The lesson here is that Savages needs to make absolutely sure there's no glamour in the romance. Neither Taylor Kitsch nor Aaron Johnson's relationship with Blake Lively should pay off in any way. For best results, she'd better turn out to be the bad guy. 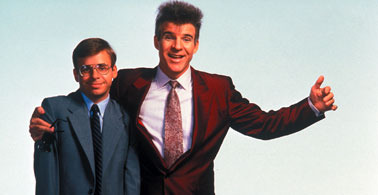 Henry Hill was such a charismatic storyteller that he inspired not one, but two 1991 films based on his life. Each film focused on different aspects of his criminal career: My Blue Heaven was a comedic exaggeration of his early days in Witness Protection, while Goodfellas was a sprawling epic of his years as a professional wrongdoer. From teenage wannabe to cushy prison sentence to participating in the most famous airplane robbery of all time, Henry Hill offers hilarious witty commentary on the stupidity of being a criminal without once emphasizing the stupidity part.

Why they fails as anti-crime stories

Henry Hill's descent into drug dependency, not to mention the slow process by which his former best friend rubbed out all of their friends, is a pretty big argument against becoming a gangster. But Seeing Ray Liotta at the end of Goodfellas lament how lame and boring his life is, or seeing Steve Martin at the end of My Blue Heaven hawking a bestselling autobiography in San Diego, one can't help but think that ultimately, if you can just avoid getting killed, being a hard core thug might just be a great idea.

No matter what, if crime isn't going to pay, it has to not pay immediately and brutally. Think of the surprise ending of the Hughes Brother's Menace II Society, in which we learn the protagonist has been dead the entire time. Make certain that whenever comeuppance happens, it's swift, immediate, and off-putting. We recommend a death scene set to Herb Alpert and the Tijuana Brass. 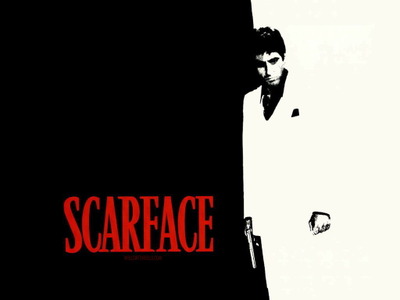 The whole world knows about the story of Tony Montana. Cuban exile, petty thug, drug lord, drug addict and ultimately, failed criminal overlord, and marrier of Michelle Pfeiffer. Traveling from Cuba during one of Castro's mass exiles of undesirables, he rises to the top of the Miami coke trade only to lose it all when he fails to follow his mentor's rules for success, including the big one: never get high on your own supply. He goes out in a blaze of glory and a cloud of exploding cocaine bricks.

If you need to make crime sound lame, don't hire Giorgio Moroder to write music for your film. His first foray into movies about drug criminals, 1977's Midnight Express, had a synthy, beatheavy theme called "The Chase," which is basically the coolest song ever written. It's so cool that it makes escaping from a terrible Turkish prison seem like a great way to spend your summer vacation.

Scarface turns this up to 11. Every single song, from "Push it to the "imit" to "Rush Rush" reinforces how utterly awesome it is to be an immigrant up-and-coming drug lord whose excesses ultimately lead to his downfall. Not only do you get to wear a white suit and mangle common swears ("Fush yu mane"), when you die, you go out in a cocaine-fueled frenzy even more magnificent than the ending of Butch Cassidy and the Sundance Kid. Yeah, sure, you lose everything you care about including your best friend and your sister, but come on. "Say hello to my little friend" is just awesome. And this isn't even counting the mountains of rappers who have named themselves, or songs, after the title character. Rap is cool! The kids love it. No way any anti-crime message can get heard under all that totally badass noise.

Avoid cool music at all costs. This means no hip hop, no '70s rock, and especially no Giorgio Moroder. Unfortunately, the trailer already fails by prominently featuring the music of 50 Cent. But if the soundtrack is nothing but music people hate—say Vanilla Ice and Lana Del Rey—they'll automatically make crime seem uncool.