Number Crunch: 'The Dark Knight Rises' Above the Numbers 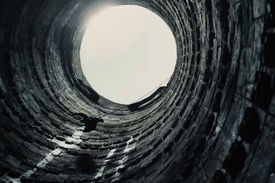 This column usually delves into the study of theatrical profitability. But these aren't "usual" times. And as the country begins to pick up the pieces left behind from last week's tragic events in Aurora, Colorado, the once palpable and near-deafening buzz of The Dark Knight Rises has understandably been softened to a murmur.

As they say, the show must go on. Given the appropriate time to grieve, it is perhaps just as important to honor the victims by moving forward and not letting the actions of one selfish individual negatively impact any more lives than he already has.

With that being said, it's not a transition that happens overnight.  But we'll do our best.

In the return of Number Crunch this week, we've decided it's time to address some early debate surrounding the box office performance of The Dark Knight Rises. You probably already know that the finale to Christopher Nolan's trilogy is a financial, critical, and commercial success after two weekends in release around the world.  For anyone wondering, with its projected box office tally of at least $1 billion worldwide—and likely closer to $1.1 billion—the film is on track to become the third most profitable modern day franchise finale that didn't have the aid of 3D (second only to 2003's The Lord of the Rings: The Return of the King and 2005's Star Wars: Episode III - Revenge of the Sith).

But that isn't the story here. The real debate right now is not "if" the film has been impacted by the Aurora tragedy but "by how much?" The question ultimately has no exact answer, so don't expect one. Still, when one of the most anticipated films in history falls far short of expected box office performance due to outside and extenuating circumstances, the industry is naturally going to ask some questions—whether it's today or two years from now.

Through its first ten days, The Dark Knight Rises has fallen slightly behind the day-to-day performance of 2008's The Dark Knight despite topping its opening weekend by $2.5 million (though not topping it in actual tickets sold at any point). Is the aftermath of Aurora still affecting things? Is the opening of the Olympics? Or is it poor word of mouth about the actual film? Based on our research, there's strong evidence that the film isn't a victim of itself. For example, Rises received an "A" CinemaScore last weekend (the same as The Dark Knight in 2008), and currently sits at 9.0 on IMDb.com's user rating (versus The Dark Knight's 8.9), plus and 93% of Flixster users support Rises versus 96% for The Dark Knight.

The caveat worth noting is that certain online user scores do tend to decline over time, but not to any significant extent that prevents us from knowing that reception for the film is very positive.

Perhaps the more convincing evidence, though, is that industry tracking firm NRG notified studios last week that 20 to 25 percent of typical moviegoers were still cautious and possibly unlikely to attend theaters on the weekend of July 27-29. In combination with the fact that almost every film dropped harder than already expected during the opening weekend of Rises, we can start to see the puzzle coming together: the entire market has been affected in some capacity.

This weekend's start of the 2012 London Olympics certainly wasn't going to help matters as it gave the public something more positive to watch at home on Friday, although historically the effect of the games on the box office isn't drastic over a long period of time.

For those looking for "proof" in numbers, look no further than the market shares of The Dark Knight Rises' weekend box office takes versus comparable films in recent years: Rises' $160.9 million debut represented 69.6 percent of that weekend's overall box office market gross ($231.3 million). Compare that to The Dark Knight whose $158.4 million opening accounted for a slightly lower 60.8 percent. Two other late summer blockbuster comparisons also stand out: the Harry Potter finale in 2011 accounted for 64.5 percent of the market during its debut (with some help from 3D prices), while the record-breaking Pirates of the Caribbean: Dead Man's Chest accounted for 62.2 percent.

Through this scope, The Dark Knight Rises actually ruled the relative market during its first two weekends more than any of those three films—including the most relevant comparison itself: The Dark Knight.

So, how about the second weekend drop? After all, a strong opening alone isn't an entire box office run. Perspective is necessary. With the sophomore frame of The Dark Knight Rises ringing up over $62.1 million, it has accounted for 46.3 percent of the entire market. That is once again ahead of and/or comparable to the second weekend market shares of Harry Potter and the Deathly Hallows: Part II (24.9 percent), Dead Man's Chest (39.2 percent) and The Dark Knight (41.6 percent).

In fact, when taking the midnight debut haul out of the equation (to help distinguish the fan rush from general audience attendance), Rises dropped a relatively healthy 52.3 percent from its post-midnight first weekend gross. That's generally in line with Dead Man's Chest (50.8 percent), stronger than the final Potter (62.3 percent), and slightly behind The Dark Knight (46.3 percent).

Still questioning the effect of Aurora on The Dark Knight Rises and/or the overall market? Consider this: while The Dark Knight Rises opened to just $2.5 million more than its predecessor (representing less than a 2% increase in gross, and a slight decrease in actual admissions), all other films in the market between July 20-22, 2012 grossed a mere $70.4 million (down 57.3% from the previous weekend's total market gross).  By comparison, films playing opposite The Dark Knight's opening July 18-20, 2008 dropped a much softer 32.5 percent from their previous weekend market sum and still managed to gross over $102 million.

What does it all mean? At the very least, this: The Dark Knight Rises appears to be living up to audiences' expectations as shown by its strong retention of overall moviegoers that are still showing up at theaters. This doesn't change the fact that the nominal grosses are still lower than most in our industry expected, but perspective must be kept on that end of any analysis. Moreover, it's easy to simply suggest that the lower-than-expected grosses are totally unrelated to Aurora. That point of view only discounts the possibility that the already-respectable numbers might have been even stronger, but it also fails to consider the intangible evidence.

There is no true one-to-one comparison for this box office run in light of the unprecedented events that occurred on opening day. Blanket audience polls aside, we will never be able to quantify with any exactness how many people decided to not go to the theater over the past two weekends because of what happened in Aurora. Nor will we be able to quantify the size of Rises' audience lost to sheer associative word of mouth—not of the film itself, but of the fact that it was this film's showing in particular where the events occurred and this film alone which is receiving all of that unintentionally negative media coverage. What we do know so far is that the box office market was hit harder last weekend than it was on The Dark Knight's opening frame in 2008 despite the fact that Rises actually sold fewer tickets last weekend than its predecessor. But that doesn't mean the market or the film itself won't eventually recover, whether it's tomorrow or months from now.

The water cooler and family dinner table talk have already started to show the consequences. Whether it's via the new parents who sit nervously in a theater (if they even decide to go) during a loud action movie and wonder "What if something like that happens again?" or the grandparents who rarely pay attention to movies or the entertainment industry but who already know exactly how big this movie was "supposed" to be and how inevitably tied to tragedy it has become.

We often speak of films that hit a positive cultural zeitgeist on their way to becoming huge hits, but it's exceedingly rare (thankfully) that we ever have to talk about the ones that tap into the zeitgeist for unimaginably negative reasons beyond any fault of the film itself or its makers. Unfortunately, this has become one of those rare events. A tragedy such as this sits on the conscious and subconscious minds of the public for more than just one or two weeks, and that is a psychological aspect that cannot ever be forgotten when looking at the final box office numbers for The Dark Knight Rises.

In the end, though, it doesn't matter. The film is a huge success whichever way we slice and dice it. The more important stories this week have nothing to do with box office grosses, but rather the selfless acts of those reaching out to help victims and their families: Christian Bale himself practically snuck into the town to spend time with victims in the hospital, composer Hans Zimmer recorded a track dedicated to and titled "Aurora" with all proceeds going toward charity, and on Friday, July 27, the Community First Foundation made its first disbursement of $100,000 to nonprofit organizations helping to meet the needs of victims in Aurora. In all, more than $2 million (including a gift from Warner Bros. itself) was donated to the Aurora Victim Relief Fund in the first week alone.

As crowds of people make their way into cinemas to see the end of a fictional hero's journey, many of them are rising up to become heroes themselves in the real world. Indeed, the complete story surrounding The Dark Knight Rises will forever go far beyond the numbers.

If you are able, please take a moment to visit GivingFirst.org and donate to Aurora's victims and families in need.

Have an opinion?  Discuss this topic on the Boxoffice.com Forums.

Tags: The Dark Knight Rises, The Dark Knight, Harry Potter and the Deathy Hallows: Part II, Pirates of the Caribbean: Dead Man's Chest, The Lord of the Rings: The Return of the King, Star Wars: Episode III - Revenge of the Sith
Print