When Sequels Attack: The Horrifying Threat of 'Twins 2' 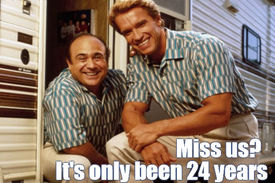 Perhaps the strangest announcement of Comic-Con was during a panel for Expendables 2, when it was confirmed that the sequel to the 1988 Arnold Schwarzenegger/Danny DeVito comedy Twins is officially happening.

Except for Arnold's tenure as the Governor of California, the entire Schwarzenegger canon is awesome. But a Twins sequel sounds like a terrible idea. There has never been a clamor for a return to the Twinsaverse, and more importantly: it's been 24 years. And in all that staggering time, the film has still not become a comedy classic. Even when Hollywood tried to recreate DeVito and Schwarzenegger's chemistry in 1994's Junior, the film flopped. And despite DeVito's hipster icon status thanks to his work on It's Always Sunny In Philadelphia, there's no reason to think they'd succeed now.

But don't take my word for it. History is littered with the corpses of failed attempts to revisit long-dormant film universes far too long after it would have made sense. Here are a few examples. 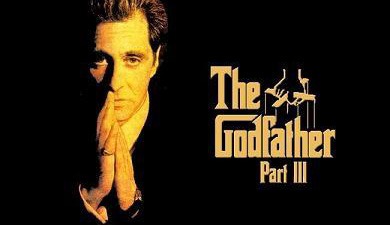 The conclusion of Coppola's gangster epic was literally a paycheck job, made only because Coppola was in dire financial straits, and a Godfather film was the only project he could get greenlit. Had Coppola had a few more hits in the decade before, he'd never made a trilogy, as he personally feels the story concluded in the final moments of The Godfather Part II.

Here's a true story: I know someone whose house was robbed. The thieves stole their entire DVD collection, with one hilarious exception: The nicked the first two discs of my friend's The Godfather Trilogy box set, and left Part III behind, politely placed on the shelf where it had been found. This, more than anything, illustrates the problem.

Failure is relative of course: The Godfather Part III did great business for the time. But it's failure wasn't financial, it was artistic, as it's widely considered to be inferior in every meaningful way to the original two films. Part of the blame goes to the penny-pinching studio who was unwilling to give Coppola the kind of freedom he enjoyed in his '70s glory days. Then Robert Duvall refused to join the project when he learned he wouldn't be earning the same paycheck as Al Pacino, robbing the film of his series-critical character Tom Hagen. Likewise, Copolla's original title and concept, The Death of Michael Corleone, was rejected outright. A casting crisis exacerbated by the tight and inflexible filming schedule led Coppola to cast his daughter Sophia as Michael Corleone's daughter.

But mainly, it's a story Coppola himself considers a mere epilogue—that is, an epilogue that lasts more than two hours. That's an awful lot of filler, particularly when even the director is completely checked out. Nearly 20 years after the original movies, Coppola turned a work of art into a brand name. Today, most film lovers politely pretend it never happened, and Coppola is more well regarded as a wine-maker than as a filmmaker.

If you're going to revive a series, you can't rely on a brand name to smooth over the rough edges. Especially when your film doesn't have the cachet of a movie series considered the apex of American cinema. Arnold would be better off reinventing himself. No, not as a politician, that didn't work either, but perhaps he might consider going into the growing German gasthaus restaurant field. He no doubt makes a mean würst. 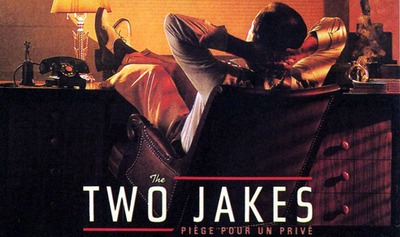 The Two Jakes, a sequel to Chinatown, happened because original writer Robert Towne saw Jack Nicholson's Jake Gittes as the central figure in a trilogy spanning 40 years of history. He'd been trying for years to get his sequel made and luckily for him, the early '90s was a nostalgic period in which the films of Hollywood's late '60s-'70s golden age were being revisited and sucked bone dry. Approval granted! Alas, like The Godfather Part III, The Two Jakes stumbled badly.

Roman Polanski's, ahem, legal troubles prevented him from returning to direct the sequel to Chinatown, so Towne was left to find someone else. He originally planned to direct himself but for reasons never disclosed, Jack Nicholson ended up directing instead. It was probably a last minute "do this or it won't get done" decision, never a recipe for success. The resulting film was a disjointed mess that so desperately lacked a coherent story that audiences thought the reels were being shown out of order. After The Two Jakes flopped financially and critically, the third planned film was scrapped.

If you can't get the right talent behind the camera, don't do it. Seriously, do not do it. There's no guarantee that the cream of Hollywood's directing crop will line up to take a crass paycheck gig for a barely-remembered Schwarzenegger comedy vehicle—and if they don't, neither Arnold nor Danny should take the job. Do it right, or let it die. 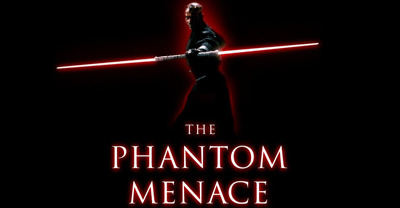 In the 16 years between Return of the Jedi and The Phantom Menace, George Lucas made a ton of money as producer and sometimes writer on many very successful films (and more than a couple of flops), while his Industrial Light and Magic company became part of the backbone of Hollywood special effects. But the Star Wars trilogy proved impossible to top, and Lucas became hungry not just for success, but for recognition. Meanwhile, Star Wars fandom was becoming almost religious in its intensity and Lucas was proud to be their leader. His announcement that he would revive Star Wars was received like Pope Urban II's call for the First Crusade. Jazzed by the anticipation, Lucas approached the revival of the franchise with a single-minded zeal. Unfortunately...

Remember that scene in the Mel Brooks' Spaceballs, when Yogurt explains the most powerful force in the universe is actually Merchandising? He was mocking Star Wars' toy sales, but he could have been predicting The Phantom Menace. The new trilogy was built to be sold: every single character was designed to make a cool-looking toy, the special effects were groundbreaking, and the tapping of a vast reservoir of nerd enthusiasm was timely. Unfortunately, Lucas hadn't directed a single film in nearly 30 years, and with one exception his writing was solely for collabos with his best friend Steven Spielberg. Which is to say, the two most important jobs in the creation of a film were being handled by someone who was really, really out of practice. Think of it like Mike Tyson going back into the ring after his long, legally mandated absence. He just didn't have the goods anymore.

The result: well, we all know that each film made a mint at the box office, and Star Wars merchandise continues to generate gajillions in worldwide sales. But artistically, narratively, in every way that isn't financial, the new trilogy is terrible. Lucas himself seems to be aware of this, because with each new format, he only makes the original, beloved trilogy available if you also purchase the new trilogy.

VERDICT: Deny. Arnold and Danny need to run away from Twins 2 like Arnold ran away from Jesse Ventura in The Running Man. Unfortunately, it's probably going to happen anyway, and 20 years from now we'll just be begging Zach Galifianakis not to do The Hangover 4. But, speaking of things they should revive? The Running Man 2 starring Schwarzenegger and DeVito. Watching them wrestle would be worth millions.