close
Did 'The Bourne Legacy' get too creative...or not creative enough? 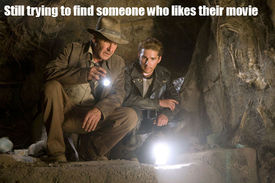 To one person, a sequel is an extra adventure with favorite characters. To another, it's immediately assumed to be a Hollywood cash grab. They can't always agree and they don't have to. But there are movies that have proven sequels' artistic and financial value.

Gone are the days when only a few sequels released in theaters each year.  I dare you to look at a current release schedule and find any month that doesn't have at least one or two high profile sequels on the slate. Hollywood has so embraced this method of franchising that we now have to differentiate between sequels, remakes, reboots, re-imaginings, three-quels, spin-offs, prequels, and various hybrid combinations of all the above. The latest common iteration is the four-quel.

The idea of the "four-quel" certainly isn't new. But it has never been this inescapable. Just look back on the past two months alone: Ice Age: Continental Drift, The Amazing Spider-Man and The Bourne Legacy all represent the fourth films in their respective series, and last year gave us Pirates of the Caribbean: On Stranger Tides, Scream 4, Spy Kids 4: All the Time in the World, and Mission: Impossible — Ghost Protocol. (And don't get me started on the five-quels: Fast Five, Final Destination 5 and X-Men: First Class -- two of which actually did fare rather well.)

These extremely extraneous sequels aren't exactly demanded by a huge audience, die hard fans aside. Case in point: The Bourne Legacy opened to $38.1 million this past weekend. Recast and marketed with virtually no sense of a fresh take on the series, that opening was down nearly 45 percent from its predecessor, The Bourne Supremacy, in 2007. With mediocre word of mouth so far, the film could potentially struggle to reach $100 million domestically. Even if it does though, it won't be enough to help Universal recoup its huge $175 million cost.

What's to blame? Is it a lack of originality, or too much of it as Bourne star Matt Damon had to be replaced with Jeremy Renner? To tease out the cause behind The Bourne Legacy's struggle, we're breaking down the creativity and profitability of recent high-profile fourquels, both hits and flops.

Straightaway, we see proof that originality isn't necessary for financial success. Fox's Ice Age: Continental Drift doesn't claim to re-write the book of animated films—it decided to give fans exactly the same thing they'd paid for before—and as a result (and with significant help from overseas market expansion) this fourth film will actually turn out to be the most profitable of its franchise. Made for $155 million, it's on its way toward a global box office take of more than $800 million.

The Amazing Spider-Man is trickier to parse. The remake/reboot hit some of its target earlier this summer with decent reviews, decent word of mouth, and a decent-sized audience. Had audiences not seen another version of the same movie just ten years ago, maybe the film would have been a much bigger must-see event. Regardless, despite being profitable and setting the stage for its own sequel, Amazing Spider-Man will end up both the least-profitable and least-attended film of the franchise, proving that even successful reboots have their downsides.

The same situation applies to 2011's Pirates of the Caribbean: On Stranger Tides. Even after a poorly received third film, Disney knew there was still money to be made. And they were right.  Reception was similarly meh from most audiences and rumors of a fifth film have been stifled (though probably not for long), but On Stranger Tides at least made over $1 billion worldwide against its $300 million combined budget.

What about Tom Cruise's big comeback with Mission: Impossible — Ghost Protocol? Five years after a third film took a box office dip despite solid reviews and word of mouth, this fresh take on the franchise in the hands of director Brad Bird and producer J.J. Abrams took the spy ensemble genre to a new level with bigger stakes, a sharper script, and death-defying—literally—stunts.  As a result, the fourth Mission became the must-see movie of the holidays.

Now let's jump back to 2009 where Hollywood released three fourquels within a span of two months. The only successful one was a surprise: Fast & Furious exploded with a $71 million domestic opening and made over $358 million worldwide. Excellent marketing framed it as the revival of a franchise that had gone off the road. The return of the original film's cast essentially made it the sequel that fans wanted to see in 2003, but new director Justin Lin helped prove there was more to these films than brightly-colored cars and cheesy lines. It was a fresh approach to an old idea, and it worked.

The other two four-quels that year, however, didn't take the same approach. X-Men Origins: Wolverine certainly opened well enough with over $85 million, but fans didn't take to the wedged-in characters and flimsy plot that began to unravel the continuity of their beloved comic universe. Wolverine profited, but barely, and the disappointing performance resulted in the character being put on mothballs until Fox could attempt a "re-imagining" of him down the road. (And they're doing just that, with James Mangold's The Wolverine—again starring Hugh Jackman—due for release in July 2013.)

And then there was Terminator Salvation. It'd be too harsh to say that film didn't attempt a fresh take on the series—stylistically, it was different from anything seen in the first three films, plus it added in a new crop of actors including Christian Bale and Sam Worthington. But audiences not only shunned the film: few saw it, and those that did were displeased. Salvation became one of the biggest domestic box office disappointments of the year and struggled to make a profit on even the back of a somewhat-decent overseas gross. After two less-than-stellar box office performances without James Cameron at the helm, we have to feel sympathy for the amount of pressure on the next man (or woman) that attempts to direct another Terminator flick.

And then there was Indiana Jones and the Kingdom of the Crystal Skull. The long-awaited sequel posted a strong $100 million domestic debut in 2008, a respectable $317 million domestic gross, and a huge $786.6 million worldwide gross against its $255 million budget. But while the film has its share of defenders, they're in the minority. Star Shia LaBeouf himself has publicly lambasted several of the creative choices in the film, and the general opinion is that the film didn't deliver the fun of the original three—which is what audiences really hoped for.

Before Crystal Skull, the rest of the modern four-quels are hit or miss. 2007's Live Free or Die Hard was generally well-received at the time of its release—albeit, with asterisks of its own (not being rated "R", having "too much" over-the-top action compared to the originals, and so on). Still, it did well enough to convince Fox that a fifth film was a no-brainer. We'll find out in February 2013 whether or not their reach is exceeding their grasp, or if they and Bruce Willis can follow the formula of the Fast & Furious franchise by reinventing John McClane for the 21st century...again.

Its almost unfair, but technically, Harry Potter and the Goblet of Fire can be considered here as well. It had the advantage of being a creative necessity as a film, but success wasn't guaranteed. Grosses for the series had declined in North America over the first three films and left many wondering if the Potter craze was dying down all the way back in 2004 and 2005. Goblet of Fire ended that worry with its $290 million domestic gross, and it remains the second-best attended film of the franchise.

How about some pre-2000 fourquels? There weren't many, but three stand out and two of them were miserable failures: 1998's Lethal Weapon 4 and 1997's Batman & Robin. The former ended its franchise, and the latter may just as well have—thank the enduring popularity of the Batman character and Christopher Nolan for helping audiences to move past their grief of "bat nipples."

Last, but certainly not least, is 1999's Star Wars: Episode I — The Phantom Menace, which was arguably the most anticipated film in history at the time of its release. Just how anticipated was it? So much so that despite massive disappointment by older, hardcore fans, the film is still the most-attended movie since Titanic. To put that in perspective, The Phantom Menace sold more tickets than every release that's come after it, including massive hits such as The Dark Knight, Avatar and Marvel's The Avengers.

Phantom's mediocre 3D re-release earlier this year may better exemplify the film's status as the ugly duckling of the Star Wars saga, but kids loved the flick and it does still find a healthy-sized audience among younger fans whose parents own the entire series on DVD/Blu-Ray. Against all odds, The Phantom Menace is actually the most profitable four-quel ever made. By a long shot, in fact.

Is The Bourne Legacy destined to lead its franchise into fifth film purgatory the way Terminator Salvation did three years ago? Maybe, maybe not. The only thing we can really be sure about is that four-quels are here to stay and, naturally, some will fail. But through the failures of some, lessons can be learned. Perhaps the most important of these is that a movie's audience appeal matters more than concrete factors like keeping or losing a recognizable star like Johnny Depp or Matt Damon. However, how filmmakers and studios balance those factors is a formula far from perfection.

Discuss this week's Number Crunch and vote for your favorite "four-quel" on our Forums.