close
We know he's a star. We know he's bankable. But just how much of an exhibitor's best friend is he?

Number Crunch: The Decade of Denzel? 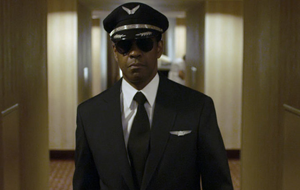 Let's face it: the glory days of the "box office star" are largely behind us. There used to be a time when a film could automatically generate strong interest just on one or two actors or actresses alone. Now, social media and the Internet in general drive or kill interest in the majority of films hitting cineplexes while exhibitors have to compete with increasingly shorter home video release windows.

With Flight hitting theaters this weekend, we decided it was time to take a look at one of the reliable stars still out there: the track record of Mr. Denzel Washington over the past twelve years.

We begin with 2000's Remember the Titans. A sleeper box office hit, that film still stands as one of Washington's highest domestic earners. In fact, having made 2.49 times its combined negative costs, it's also his most profitable of the new millennium.

But, we already know how successful that film was at the time. What Washington has done in the years since has gone somewhat unnoticed by box office enthusiasts. Of the 15 films he's starred in since, only four were certifiable flops: Antwone Fisher, Out of Time, The Manchurian Candidate and The Great Debaters - all of which actually lost money during their theatrical runs.

Those are minor blemishes on an otherwise impressive box office record for Denzel, though. Five other films were modest-or-better box office hits that, while sometimes struggling to become profitable, they ultimately did (or came close enough).  Films on that list include Training Day, Man on Fire, The Book of Eli and Unstoppable. More importantly, though, all of those films built upon his already well-respected stance among general audiences while one - Training Day - earned him an Oscar.

His most profitable films (from the top down) include Remember the Titans, Inside Man, American Gangster, this year's own Safe House, John Q. and Deja Vu.

It's a loose one, but the general rule of thumb that indicates the strength of a film's word of mouth is to throw out the budget comparisons and look at the total gross compared to its wide opening weekend. Specifically, if the domestic total gross equals 2.75 to 3 times more than its debut, the film clearly enjoyed a healthy run. Of the 15 films that Denzel has starred in since 2000, every single one of them achieved a 2.5 opening-to-domestic total multiplier.

More impressive: 12 of them tripled (at least) their openings, with the average multiplier of all his flicks during the new millennium sitting at an astonishing 3.59. While studios aim for more front-loaded box office results, that kind of longevity from a film in theaters is a huge win for exhibitors (whose biggest percentage cut of box office totals come after opening week).

Arguably one of the most likable stars out there, that kind of number proves it in spades. Washington has solidified his place in Hollywood history and he doesn't appear to be slowing down anytime soon. In an era where big name actors are no longer guaranteed box office draws, he's bucked the trend. Paramount is no doubt banking on that history and Denzel's incredible goodwill among audiences to propel Flight not just this weekend, but over the long holiday season.

It's hard to call the resume of someone with Denzel Washington's respect and stature a chameleon performance in any way, but maybe that's the secret to his nearly unrivaled success.

Discuss this edition of Number Crunch on the Boxoffice.com Forums