close
At an international conference in LA, the crowd shouts "Show me the money!" 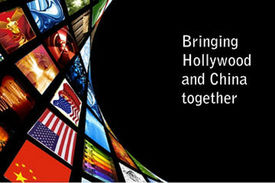 For a century, Hollywood has been the face of the film industry. But by 2020, China is predicted to be the world's biggest movie market: sales grow 30% every year, and by the end of 2012, the country will boast an estimated 13,000 movie screens—up from just over 6,000 only two years ago. With the moviegoing audience in the United States stable but saturated, it's become important for America and China to join forces for their mutual interest in tapping into China's theatrical growth—so important, in fact, that Vice-President Joseph Biden met with Chinese Vice President Xi Jinping this February and agreed to raise the quota of Hollywood imports into China from 20 to 34 films a year. Which made this year's U.S.-China Film Summit, an industry gathering held at UCLA this week, extra important as the panelists and attendants came together to discuss the future of this global film partnership. As Thomas McClain, chairman of the Asia Society of Southern California, said in his opening remarks, "It's a perfect match, but not an easy marriage."

"The East and West have never come together to tell stories in the way we're looking to do today," added introductory speaker Peter Shiao, welcoming the filmmakers, producers and investors in the audience to come together, "not as enemies or competitors, but as a partners and friends." Here are the highlights of the day's three panels, which touched on a range of issues from government interference in the industry to the box office power of Gong Li.

PANEL ONE
YEAR IN REVIEW: KEY PLAYERS IN U.S. AND CHINA

What kinds of American films can make the most money in China—and what Chinese films can make money abroad? In 2011, China produced 158 movies, a third of which were co-produced with other countries. Over the last five years, the percent of cash that Chinese films have made internationally has increased from .3% to .6%—double, but is still very small. Putting together co-productions between the U.S. and China could be the most successful approach, with DreamWorks currently making Kung Fu Panda 3 in China. Still, the negotiations are tough. Recently, Iron Man 3 had to announce it was no longer considered a co-production, but a sister production—a distinction that matters as it affects the amount of money each party recoups from the film. The most common co-productions shoot action, war, sci-fi and disaster films, which is smart as in audience surveys of their favorite film genres, action and sci-fi top the list. But rounding out the top five are romance, comedy and drama, three genres which U.S. and China co-productions have left largely untapped.

"Co-productions do make sense and they will make better sense. Every day, we open nine screens in China, and that opens tremendous opportunity."
--William Feng, general manager and chief representative of the Motion Picture Association - China

"We are trying to help the Chinese entertainment industry to better improve its efficiency."
--Leon Gao, president of EntGroup

"To maintain the communication between China and its foreign counterparts, do not believe rumors and misunderstandings."
--Zhang Xun, president of China Film Co-Production

Talent is key when talking about the potential of a global cinematic partnership. One-third of the cast must be Chinese for a Hollywood film to qualify as a co-production. And the right international big star can help a Chinese movie make money here, and an American movie make money there. "Hollywood has to cast projects with an eye for capitalizing on this revenue potential," said moderator Stephen Saltzman, a partner at the law firm Loeb & Loeb. Among the panelists were two agents from ICM and CAA, who spoke about trying to convince studios to cast Chinese talent in Hollywood films. Still, more of our stars are going there than are coming here with Christian Bale, Uma Thurman, Will Smith, Russell Crowe, Hugh Jackman, Kevin Spacey, Amy Adams, Brendan Fraser all recently shooting films in China. Andrew Ooi, president of Echelon Talent Management, pointed out that part of this imbalance is because these American actors are all famous in China. He called upon the American media to give coverage to Chinese stars to help boost their profile in the United States. But despite this agreement on the importance of star power, the panel found they didn't agree on who are the most profitable stars of today.

"The Americans want to go to China, while the Chinese want to come to America—they're all just looking for good roles....In China, they don't have trailers. They sit on stools and eat from lunchboxes. When they come to America, they see the big trailers and say, 'I could get used to this.'"
--Andrew Ooi, president of Echelon Talent Management

"There's definitely more openness in your dialogue with studio in thinking out of the box in casting. Five years ago, it was a lot harder. We had to say a lot, 'Trust us—there's a lot happening in China.'"
--Larry Galper, talent agent, CAA

"When I went to France, I realized that Gong Li was a huge international star. It was a tragedy that she was not already represented in the United States. It was a simple feat to introduce her to Michael Mann [who reworked a role in Miami Vice for Li] and other directors who were well aware of her films. They were eager to embrace her."
--David Unger, vice president and talent agent, ICM

"The arrival of new equity in Hollywood is exciting," said moderator Peter Shiao, who earlier led the crowd in a chant of, "Show me the money!" Former Marvel President Stan Lee has recently announced that he'll be launching his new superhero film franchise, Annihilator, in China, and recent successes like The Expendables 2—which made $53 million in China, enough to outperform The Amazing Super-Man and tie the far more expensive The Dark Knight Rises—has the industry on both sides of the ocean excited. Still, in the first half of this year, many films in China flopped. And there continue to be questions about the two country's different business tactics (one panelist admitted he made his employees read Hollywood Deal-making to understand the style and strategy of America's film business) and the influence of the Chinese government, who invests in production and whose censors must approve all films. Another hurdle is that for a variety reasons including film theft, China doesn't make as money from ancillary markets like DVD and TV. Last came the biggest question of the day: would a Chinese company ever buy a Hollywood studio?

"We're not just here to show you the money. We're here to show you the results....we are in the eve of revolution for the film market. Right now, 90% of Chinese films are losing money in China, and a lot of American films are not doing very good. The question is not are these films good or bad—it's that the audiences have changed."
--Zhang Zhao, CEO of LeVision Pictures

"It's the distribution part that is the weakest part of the supply chain....In my mind, movies are not a high return product. In our company, we have movies, cinemas, TV—film is like a pearl embedded in the crowd. You have to be very careful, very cautious, and you have to choose first rate companies so you can get your money back."
--Ivy Zhong, vice chairman of Galloping Horse

"For preparation, you have to do predictions about the audience, do visibility studies, which are the biggest preconditions. You have to create a win/win situation, build trust, and find a common ground for profitability....Of course, the U.S. is more advanced, but China has its own advantage in terms of its size, population, and creativity."
Zhao Yifang, president of Huace Media, on how to work with Chinese, including the hiring of local crews

"Some companies have the money, but they don't have the creativity. Some companies have the creativity, but they don't have the money." [When asked about the likelihood of a Chinese company buying a Hollywood studio] "I think the opportunity is very large. Companies are not going to buy it as a whole. They're more likely to invest as a strategy."
--Jeff Lin, managing director of Strategic Bang Group

"What's more important is decision makers, not where the money comes from."
--Wang Lifeng, partner at Wuxi Jinyu Investment Management, on questions of government interference