UPDATED: 2012 Domestic Analysis: The Statistics Behind A Record-Breaking Year 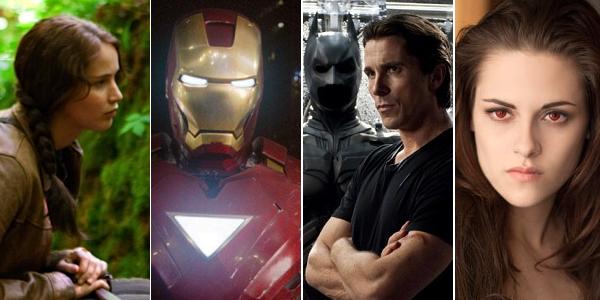 12/26/12 Update: 2012, like any other year, has been full of ups and downs at the box office. Luckily, the ups have been really strong and the downs have been manageable. We are currently projecting that 2012's haul will hit $10.8 billion. That would put it 6% ahead of 2011 in dollars and 5.9% ahead in attendance.  Furthermore, it would also establish a new all-time record for the largest yearly domestic box office on record.  The previous high-mark was the $10.6 billion grossed during 2009.

2012's fall/holiday season has shattered expectations in a major way. September brought surprises such as Hotel Transylvania ($143.9 million) and Looper ($66.4 million). Taken 2 made the most noise in October thanks to a solid $138.5 million haul. November surged thanks in large part to The Twilight Saga: Breaking Dawn - Part 2 ($282 million) and Skyfall ($275.1 million). As for December, The Hobbit has already grossed $168.3 million and Les Miserables and Django Unchained are strong right out of the gate.