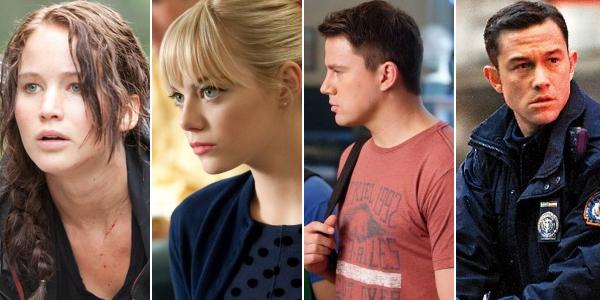 How should Hollywood define "bankable" in 2013?

Should it be based more on the relationship between salary and grosses? Or should it be based on the ability to consistently pick quality projects that do well at the box office? At Boxoffice.com we put more stock in the ability to consistently pick quality projects, but the other factors are also very important. With all due respect to Forbes, we have a different, more fluid definition of bankable than the one that led them to put Natalie Portman and Kristen Stewart at the top of their new list. Portman and Stewart are talented actresses, but they are not what we would call reliable draws. Portman's post-Oscar career is all about taking artistic risks--such as the upcoming Knight of Cups from director Terrence Malick--and then falling into the safety net that is the Thor franchise. While she is a vital part of Thor's world, she's not the main reason that those films are successful. As for Stewart, her recent track record is littered with failed indie flicks and we're betting that Twilight fatigue will seriously hinder her in the future.

So who would top our list? Well, here are a few:

Yes, her salary ballooned from $500,000 for The Hunger Games to $10 million for The Hunger Games: Catching Fire. She's worth it. Unlike Stewart, few critics accuse Lawrence of not being able to act and casual movie-goers have also recognized her talent. Lawrence's strong screen presence is a big reason why The Hunger Games made $686.5 million worldwide--she added a realism to the role of Katniss that few other young actresses could muster. Compare the Hunger Games haul to the $384.8 million take of the first Twilight and Lawrence's stature only grows. Catching Fire should have no problem topping the $686.5 million total of its predecessor.

Lawrence is also one of the main reasons that Silver Linings Playbook is on its way to becoming a serious hit. The Weinstein Company release has already earned $31 million worldwide and it'll explode after Oscar nominations are announced on January 10. Many pundits consider Lawrence a shoe-in for her second Best Actress nomination.

Lawrence is bankable for three main reasons: 1) She has proven talent; 2) She will have a huge amount of clout after (and during) the release of the Hunger Games series and 3) She has a knack for picking strong films and then nailing her roles in them. That kind of insight means she's built to last.

The 24-year-old actress can do no wrong these days. She's been on fire ever since Easy A turned into a sleeper hit with a $75.3 million worldwide haul. Since then Stone has starred in Crazy, Stupid, Love ($145.1 million worldwide), The Help (210.7 million worldwide) and The Amazing Spider-Man ($753.9 million). She's got an impressive slate on the horizon: Gangster Squad, The Croods and The Amazing Spider-Man 2. Stone is here to stay because she has established herself as a strong comedic actress, a viable love interest and someone who can carry a serious drama. That's a deadly combination. Few actresses can master that trifecta and the ones that do go on to huge success. Hiring Stone at this point in her career is a wise investment.

2012 was a groundbreaking year for Tatum. He succeeded in the worlds of romance (The Vow, $197 million worldwide), comedy (21 Jump Street, $201.9 million) and drama (Magic Mike, $160.7 million). Tatum is in a rarefied space that few other actors have made it to. Tom Cruise and Brad Pitt are also familiar with said space. The horizon looks just as promising for Tatum. G.I. Joe: Retaliation will do serious damage at the box office this coming March, and June's White House Down should be another massive hit from director Roland Emmerich (2012, The Day After Tomorrow).

Forget that Gordon-Levitt stumbled a bit this past August with Premium Rush. There's little doubt that he's going to be a major presence for years to come. Some of the most talented (and profitable) directors working today love to hire JGL. Rian Johnson picked the 31-year-old to anchor Looper, a $166.7 million worldwide hit. Christopher Nolan is also clearly impressed. Nolan put Gordon-Levitt in Inception ($823.6 million worldwide) and gave him a VERY important role in The Dark Knight Rises ($1.08 billion). If there are more Batman films in the future--and we're betting there will be--Gordon-Levitt will likely be the one to move the franchise forward. You can't put a price on that power.

Do you have suggestions for the most bankable stars working today? We want to hear them. E-mail suggestions to phil@boxoffice.com.