close
The strength of 2013's box office--and the years beyond--could depend on Hollywood's next steps outside of franchises.

Number Crunch: Are Sleeper Hits Undervalued Next to Blockbusters? 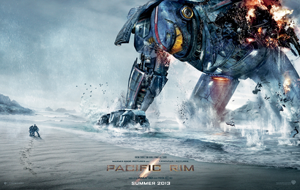 By now, we're all accustomed to seeing a given year's list of top box office grosses dominated by franchise pictures. Once the final numbers are tallied for 2012's holdovers, the top 10 domestic grosses of last year accounted for a massive 30.5 percent (projected) of the year's complete box office market haul--with only 2 of them being wholly "original" films (not based on a pre-existing property). That 30.5 percent share is up slightly more than 6 percent from 2011, a year that may have had three fewer $400+ million hits than 2012 but one that still delivered ten more films that crossed $75 million domestically (47) than did 2012 (37 currently).

In fact, the last time any top ten accounted for such a large share of a year's total gross was with the 2009 slate of releases (30.8 percent). As most will remember, Avatar made huge contributions to that feat. Interestingly, the top 20 that year accounted for 46.6 percent of the entire 2009 box office haul--just slightly ahead of 2012's 45.4 percent (up 5.5 percent from 2011). Over the last twelve years, these two stand as the most top-heavy years.

What does it all mean?

While we can't completely downplay the success of any year that improves upon the previous one in terms of revenue, there's a cautionary tale here for the future of the industry. The year after 2009's achievements (namely, being the first year to cross $10 billion domestically) saw a stumbling market with one of the historically worst months of May and a relatively weak holiday slate at the end of 2010. The habits of an economy can arguably apply to the box office, and if 2009 was the "flow", 2010 and 2011 (which saw one of the worst year-to-year declines in history) were definitely the "ebbs".

Is 2013 destined to repeat that pattern as it follows a record-breaking year? Maybe, but not necessarily. Like any industry, the box office market can be affected by outside worldly factors like a struggling economy and declining expendable income (especially for younger demographics). Competition from other arenas of entertainment, such as video games, affect things as well. Or, at the end of the day, maybe audiences just aren't as satisfied with what they're offered in theaters compared to other years.

But 2013 has one major advantage on its side that 2010 didn't: a lot of widely anticipated movies. Are there three movies combined with as much "big money" potential in 2013 as last year's Marvel's The Avengers, The Dark Knight Rises and The Hunger Games? Historically and statistically speaking, not likely. But there are a number of anticipated movies that, collectively, could make up the difference left by any shortage of $400+ million domestic earners. Some strong candidates for significant blockbuster status (for our purposes, $250 million or more domestically):

That shortlist excludes movies like The Hangover Part III, Fast Six, The Smurfs 2, The Wolverine, Thor: The Dark World and a few other dark horse contenders largely because we're focusing on the most buzzed-about upcoming flicks and the trends of each respective genre and/or series. But for as well as these films could and may perform, let's not forget about the underdogs: the films that may not be in the top ten at the end of 2013, or even the top 20, but ones that collectively can provide a strong foundation for the box office market in case any of the big films disappoint or fall short of lofty expectations. (And let's be honest, at least one of them will.)

That lesson doesn't just apply to 2013 alone, but every year thereafter. While Hollywood is pumping more and more cash into established and would-be franchises over the coming years, they'd be well-advised to not forget about the movies that may miss record-breaking numbers but can still pick up the slack. Translation: let's keep our eye on the mid-level blockbusters that could break out, but let us also not waste this trend of well-reviewed, well-received adult-driven films that have been making serious bank over the last few years.

Films like The King's Speech, Black Swan, The Help, Argo, Django Unchained, Les Miserables and a good deal more have not only shown that social media is driving the life and death of movies at the box office through instant word of mouth, but that audiences are craving smart material. Moreover, these films can often be much more profitable--relatively speaking--than the blockbuster fare they trail in year-end box office charts.

The list of contenders goes on, and it includes some inevitable breakouts and disappointments. It probably even excludes lower profile sleepers that industry experts themselves aren't paying attention to yet, or, outside of those involved with production, have heard very little about. But it almost definitely includes films that could pick up some slack left behind by the big boys of 2013. And, as in any given year, they'll deserve just as much credit (or fault) as the pre-sold blockbuster material when it comes time for our year-in-review in January 2014.

In summary: let's not just keep a good thing going, Hollywood... let's keep building on it.