Are Super Bowl Spots for Summer Movies Still Worth the Investment? 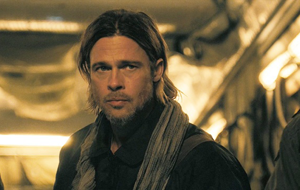 After a lack of trailers for blockbuster hopefuls at the 2012 Super Bowl, 2013's big game is poised to showcase some serious heavyweights. Summer movies reported to be getting ad times this Sunday include Iron Man 3, Star Trek Into Darkness, Fast & Furious 6, World War Z and The Lone Ranger.

Compare that to last year's Super Bowl--viewed by a record 111.3 million people in North America--when most of the ad space for movies was claimed by pre-May releases. Aside from Marvel's The Avengers, Hollywood's summer slate was represented by Battleship and The Dictator. Not exactly the best choices. Still, 2013's lineup of shortened previews looks more exciting for summer movie fans.

Does Hollywood really need to keep pushing its blockbusters for nearly $8 million per minute?

Consider this: Disney forked over $3.5 million for a 30-second spot of The Avengers during last year's game. That Sunday, the film generated 3,112 tweets (and 28,569 the day after). On February 7, when the one-minute version of the same trailer debuted online, Twitter activity hit 6,296--more than double what it was on the day of the game. When the final two-plus minute trailer debuted online on February 29, Avengers generated 59,291 tweets over a two-day period. That's 87 percent more discussion generated than when the Super Bowl ad premiered (both on television and online).

In other words, $3.5 million bought a large audience, but the stronger Internet chatter and social media discussion were self-generated by Disney's own trailer release a few weeks later. Worth noting is that Disney paid $7 million to advertise John Carter for 60 seconds. That film's final online featurette also generated more Twitter activity than the Super Bowl push.

For 2013, the average cost for 30 seconds of ad time during the game ranges between from $3.8 to $4 million. Iron Man 3 is getting the 60-second treatment while The Lone Ranger will be given a pricey 90 seconds. Yes, Disney will spend close to $12 million on the latter movie alone. Sure, advertising a Johnny Depp movie based on a TV show that only some adults remember might be a smart mix with the older Super Bowl audience. But, for a movie that doesn't release until July and has already encountered budget issues once during the lead-up to production, that $12 million could be more wisely spent in May and June when the real marketing campaign will ramp up.

There are two sides to any argument, though. We can fairly say that a potential television audience of 100 million people is worth something in its own right. It's simply arguable that established brand names no longer need high bankrolls for a single ad space in the age of DVR, iTunes Trailers and YouTube.

The Avengers may have gone on to great success, but its overall social media activity indicated the success was more than just the result of Super Bowl ad time. On the flip side of the coin, an estimated 14 percent of Universal's marketing expenses for Battleship went toward a 60-second game-time ad. The film bombed domestically, did relatively well overseas (where American football is far less of an event attraction) and ultimately struggled to make its money back in theaters.

Conversely, Act of Valor was showcased during the game last year and it resulted in great awareness for a film aimed specifically toward one of football's key demographics: adult men. Time and money, in its case, was well-spent as online discussion peaked during the day of and day following the Super Bowl. The film went on to become a box office success.

If you look back over the last five years of summer movies which were advertised during the big game, you'll find that most turned out to have profitable box office runs. Some in the industry may take that as a justification for whatever money was spent on a Super Bowl ad. Times are changing fast, though. Social media is quickly becoming the dominate force in terms of spreading word of mouth and awareness for movies. What some studios have deemed to be worth $3.5 to $12 million over the last few years, they could have gotten for a fraction of the cost by putting the money into social media and other marketing avenues closer to release (when general audiences are far more likely to even remember a promotion for any given movie).

To their credit, studios such as Warner Bros., Fox and Sony have already begun adapting. In 2012, The Dark Knight Rises, Skyfall and The Amazing Spider-Man were all absent during the game. The same went for Prometheus, Snow White and the Huntsman and Ted. In fact, Warner Bros. has intentionally shied away from the Super Bowl during the past half decade: The Dark Knight, the last three Harry Potter films, and Inception were all absent from the game. Instead, WB chose to market their films through more cost effective channels--and they wildly succeeded. Ditto for Sony and its brilliant strategy throughout 2012 with Skyfall.

Considering recent history, odds are that WB's decision to leave Man of Steel out of the line-up this Sunday, while somewhat controversial, is a smart play for a franchise that needs just as much financial care as it does creative care. Can the same be said for newcomer titles like Pacific Rim and Sony's World War Z (Super Bowl spot seen below)? Generating some awareness for unknown properties is a good idea, and even at $4 million per half-minute, those potential summer hits are the ones that could need the exposure most.

Other summer movies absent from game-time promotion this year: The Great Gatsby, The Hangover Part III, After Earth, This Is the End, Monsters University, Despicable Me 2, Grown Ups 2, Kick-Ass 2, White House Down, The Wolverine, The Smurfs 2, 300: Rise of an Empire, Elysium and RED 2.

The debate over Super Bowl advertising strategies will continue, but a one-off play in front of a live television audience exceeding 100 million potential consumers may not be quite as valuable as Hollywood's conventional wisdom still tells them it is. Some decision makers are already getting wise, and more would be well-advised to follow their lead in the future.

Number of Movies in the Top 10 at the Summer Box Office **NOT** Advertised during the Super Bowl: