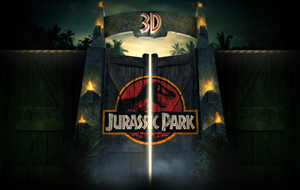 Just a few short months ago, we took a look at how Hollywood's 3D re-release trend was shaping up so far. With a couple of early successes--The Lion King and Titanic, most notably--the returns have certainly diminished. Beauty and the Beast and Star Wars: Episode I - The Phantom Menace drew very modest interest, while September's Finding Nemo 3D took in $41.1 million domestically and an additional $19.5 million overseas. Monsters, Inc. 3D hasn't fared any better in its current run ($32.5 million domestic and less than $3 million overseas so far) despite the advantage of additional buzz surrounding its upcoming sequel this summer.

In the wake of those two disappointing runs over the past four months, the bean-counters are getting wise. It wasn't long ago that Fox cancelled plans for a 3D treatment of 1996's Independence Day (once slated to release on July 4th weekend this summer). Earlier in January, Disney shelved The Little Mermaid 3D (formerly planned for October).

Today, Disney announced that Star Wars: Episode II - Attack of the Clones and Episode III - Revenge of the Sith will no longer be given their 3D turns this year either. Both were slated to hit theaters in September and October, respectively. Maybe they'll find their way into theaters in the future, but it's just as likely for now that they go straight to 3D Blu-ray first.

There's little doubt that today's announcement is also for creative reasons tied to the news of J.J. Abrams coming on board to direct Episode VII (Lucasfilm has since affirmed that theory). There's a bigger marketing strategy at play there, but it says a lot for a company as smart and diverse as Disney to abandon three of its planned 3D re-releases of past box office hits within such a short amount of time.

In fact, even Paramount's Top Gun 3D has been relegated to a limited run in IMAX beginning February 8.

As it stands now, the only 3D re-release remaining on the schedule is Universal's Jurassic Park. The 1993 Steven Spielberg blockbuster will return to theaters everywhere on April 5. Given the trailer's presence in theaters for several months now, it seems unlikely that Universal would follow suit and change its mind. Still, we have to wonder: regardless of how well Jurassic Park 3D performs, has the era of 3D re-releases come to an abrupt end?