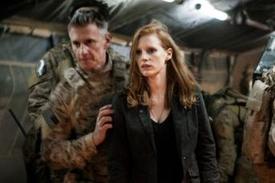 Saturday Update: 6 of the 9 Best Picture nominees are still very much in play theatrically. Here's what we're projecting they'll make this weekend:

Thursday Update: Every year the Oscar nominations bring in a new wave of business to movie theaters as film snobs and casual moviegoers alike rush out to see the the major contenders in time for the ceremony. Certain films are well positioned to post financial gains based on where they are in the release cycle, while others have already faded. Here are five films that stand to benefit the most this year:

Steven Spielberg's historical drama doesn't need any help at the box office, but it's going to get it anyway. Lincoln has already tallied $145 million domestically, and the fact that it's quickly emerging as the heavy favorite to win Best Picture means that $175 million looks like a sure thing. (Could it hit $200 million? We won't rule it out...) Oscar attention will also help Lincoln overseas. Key release dates include Italy (Jan. 24), Germany (Jan. 24) and the UK (Jan. 25).

Director Tom Hooper's musical is already a must-see for many moviegoer, so a slew of Oscar nods is just icing on the cake. The Universal release has already tallied more than $185 million globally. We're thinking that $300 million looks realistic at this point.

Michael Haneke's latest is the foreign film that will benefit the most this year from Oscar attention. The Sony Pictures Classics release should hit at least $5 million in North America while continuing to build upon its overseas total of more than $13 million. That's more than enough bank for a no-frills director such as Haneke.