close
Our Forums' Most Anticipated Movies for the Week Ending February 14, 2013 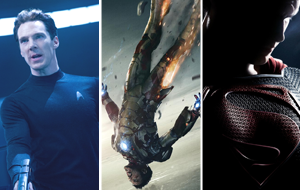 This week's edition of Forum Buzz welcomes a couple of movies into the top ten which weren't around for the party last week. Neill Blomkamp's Elysium scooted up four positions to reach #9, while Fast & Furious 6 continued its ascent up the chart by jumping three more positions to #8. This is the first time the latter has charted in the top ten.

With those two films moving up, it means that Oz: The Great and Powerful and Evil Dead were knocked out the top ten and into a tie for #11.

The biggest leap of the week came from Alfonso Cuaron's Gravity. The acclaimed director's upcoming sci-fi drama was up an incredible thirty positions to #14. Additionally, with the recent news that Richard Linklater's Before Midnight will receive a limited release in May, that film had an impressive showing as well. The third film in his trilogy jumped from #46 to #19.

Nearer the top of the chart, things mostly stayed the same. The Hobbit: The Desolation of Smaug swapped spots with The Hunger Games: Catching Fire (now at #4 and #6, respectively). In fact, Catching Fire's total volume of votes was down a surprising 40.4 percent from last week and could be in danger of falling even more if buzz for Fast & Furious 6 and Pacific Rim continues to build.

The top three remain unchanged as Star Trek Into Darkness increased the margin of votes between it and runner-up Iron Man 3. The former title claimed #1 for a third consecutive week and eighth overall. Man of Steel rounded out the top three.

Of this weekend's four new wide releases, only one film charted: A Good Day to Die Hard exited at #22.

Most Anticipated Movies for the Week Ending February 14: