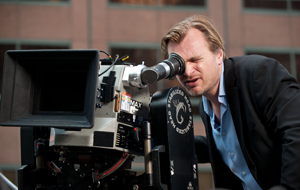 Although not due for release until November 7, 2014, Christopher Nolan's Interstellar made waves throughout Twitter over the weekend following the announcement it would be his first project post-The Dark Knight Rises.

Since our tracking began, the film generated 3,114 tweets in its first three days (Saturday through Monday). Compared to the weekend's overall activity, Interstellar generated enough buzz to make it one of the fifteen most talked-about movies on the social networking platform since Friday. The only film further from out from release with a comparable ranking was Star Wars: Episode VII.

Even more impressive was the excellent 20.7-to-1 positive-to-negative ratio of those tweets. No surprise, fans are clearly excited.

Interstellar, penned by brother Jonathan, will be Nolan's ninth directorial feature to hit theaters when it kicks off the holiday movie season next year.