close
Our forums' most anticipated movies for the week ending March 28, 2013 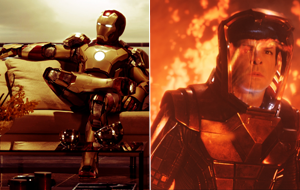 Meanwhile, The Hobbit: The Desolation of Smaug received a three-spot boost into a tie for fifth with Catching Fire. Smaug was the recent benefactor of new buzz thanks to the online premiere of the movie's first footage on Sunday.

Meanwhile, Fast & Furious 6 climbed three positions back up to #7 while Monsters University leaped five spots back into the top ten. Oblivion slipped, however, and fell five rungs down to #12. Other notable films with big increases in buzz this week included 42 and Pain & Gain.

The only new release of Easter weekend to chart in it's final week of eligibility was G.I. Joe: Retaliation at #16.

Most Anticipated Movies for the Week Ending March 28: