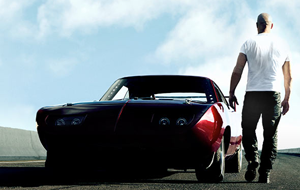 The Hollywood Reporter brings word this afternoon that director Justin Lin won't be returning to helm Fast & Furious 7. Considering that the initial plan after 2011's Fast Five was to film the sixth and seventh movies back-to-back (a plan that didn't come to fruition), this comes as somewhat of a surprise.

While the report claims no bad blood exists between Lin and Universal, the latter is aiming to fast-track the next movie for a 2014 release. That would drastically veer from the franchise's typical trend of two or three years between installments. Lin says that's too fast for him (pardon the pun).

Universal's motives here are understandable since the studio has a weak slate of tentpole franchises to rely on year-to-year. The upcoming Jurassic Park 4 (currently scheduled for June 13, 2014) and Despicable Me franchise just aren't enough, apparently.

It took a lot of care, talent, and a fair amount of patience to rebuild the Fast franchise. After Vin Diesel and Paul Walker left the series, Justin Lin stepped in for Tokyo Drift in 2006--but without any recognizable stars, that film fell far from the box office heights of its predecessors. The return of the original cast and a genre upgrade from street racing to full-on heist movies--coupled with Lin's apt direction--are what revived this series in 2009 and 2011 to begin with. Fast Five's $628.6 million global take didn't happen by accident.

Even aside from those facts, Universal will be ignoring an important history lesson if they do indeed move forward with a seventh Fast & Furious for 2014. Previous super-fast-tracked and/or creatively-forced sequels rarely live up to previous achievements. Sometimes, they outright kill a franchise. For every Harry Potter series (which successfully released a new movie, on average, every 18 months) there are the sharp declines of franchises like Pirates of the Caribbean, Spider-Man, Shrek, Universal's own Bourne series, Paranormal Activity, and Saw.

Those first four serve as prime examples of blockbuster series that fell from maximum lucrative potential around the third and fourth films for various creative reasons. The latter two (Paranormal and Saw) are indicative of how fast audience demand will die when there's only one year of breathing room between sequels to already-aging franchises.

This May's Fast & Furious 6 is still one of the most anticipated movies of the summer and promises to light up the box office around the world. Nothing has changed there. But with Lin gone and the next film's script already moving ahead, one has to wonder how long the cast regulars will stick around again. Even if they do, the "event" status that this series has earned back over the past four years will be put to a difficult test. If any of them jump ship, though, Universal and the Fast franchise will be back where they were in 2006: a footnote at the summer box office.