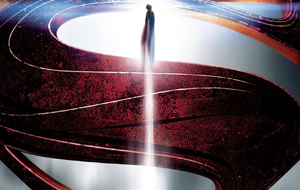 Warner Bros. is hours away from launching Man of Steel into theaters. As usually happens when a tentpole's release approaches, the line between optimistic and objective expectations becomes blurred in the wake of overreaction. This film is no different.

There are strong arguments for an opening weekend over $100 million (BoxOffice is officially forecasting $115 million), but perspective should be kept.

First and foremost, the studio itself is expecting a debut in the $80-89 million range. Contrary to growing opinion in certain corners of the Internet (and, by extension, the film industry), that would be anything but a disappointing start for the film. Modest when compared to bigger openers, certainly, but it would set a new standard among the reboot sub-genre as none have ever opened to more than $75.2 million (2009's Star Trek) during a three-day weekend.

Granted, there are asterisks to that fact: Trek didn't have 3D to help boost ticket revenue, and more notably, last year's The Amazing Spider-Man opted for a Tuesday release (drastically deflating it's three-day weekend and inflating its overall multiplier). Batman Begins similarly debuted on a Wednesday in 2005.

Batman and Trek truly excelled after opening weekend as word of mouth drove them to $205 million and $258 million, respectively. In fact, Trek was also the highest-grossing reboot to-date until Amazing Spider-Man topped it with $262 million last summer. The Abrams re-imagining still holds the title of highest ticket-seller among reboots, though.

Early reports indicate that Zack Snyder's own reboot may be more audience-friendly than critical reviews seem to indicate. It wouldn't be the first time this has happened--see the entire Transformers franchise. Still, that 's something we won't know for sure until a larger portion of the country actually begins to see the film beginning at midnight tonight (or 7pm, for you Wal-Mart ticket-buyers).

For some interesting points of fact, consider that Superman Returns debuted to $66.8 million in its first four days in 2006 (an approximation of what it would have made with a standard weekend opening). Adjusted for inflation, that's comparable to around $80-85 million today with 3D and IMAX surcharges roughly accounted for.

That range is the ultimate litmus test for opening weekend. It would represent, at the very least, Man of Steel having matched or slightly exceeded the upfront audience size of its not-greatly regarded predecessor. There would then still be historical precedents for the movie to be on a path toward becoming the highest-grossing reboot, and possibly the first to cross $300 million should it go on to enjoy longer legs in the spirit of Star Trek or Batman Begins.

Conversely, it could open on the higher end of expectations and then fall off of a cliff. (We don't expect that.)

And of course, there's still the overseas contribution to come.

After Sunday, Man of Steel has to live or die by its own qualities in the eyes of general audiences. But going into the first few days of release, let's remember that an opening weekend alone isn't the only barometer for a film's entire box office run.

The Man of Steel trailer: