close
PIRATES 5 is happening, and if the show *must* go on, Disney still has options for the future of the Johnny Depp series.

How to Reinvigorate the 'Pirates of the Caribbean' Franchise 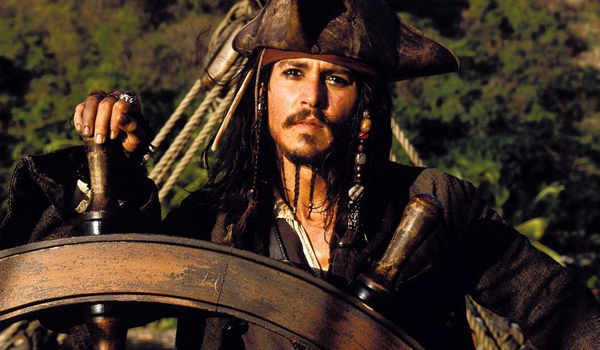 With the recent news surrounding 2015's filling slate and most of the discussion revolving around the Avengers, Star Wars, and Superman vs. Batman (temporarily referred to as Man of Steel 2) flicks, there is still another major franchise that deserves some attention. After all, two of its four films grossed over $1 billion each at the global box office (with the third not far short of it).

That series is Pirates of the Caribbean. And since Johnny Depp has made it clear that he loves playing the character enough to continue ahead with sequels for the foreseeable future, it would take some serious box office disaster to prevent us from seeing at least one or two more Pirates sequels in the years after 2015. Cash cows, after all, are nothing if not consistent.

Fans of the franchise have been vocal about their disappointment with the last two films (At World's End and On Stranger Tides), and they showed it at the box office. The fourth film, 2011's Tides, declined 22 percent and nearly 40 percent from the domestic gross and estimated tickets sold, respectively, of 2007's World's End. To be fair, overseas revenue jumped 22 percent with market expansion and 3D surcharges playing a significant hand in that surge. Even internationally, Tides still sold fewer tickets than 2006's Dead Man's Chest--which was only the third movie to ever reach $1 billion in total.

But, at the end of the day, $1 billion is $1 billion and it's hard to downplay that too much. Foreign audiences are clearly more along for the continuing Captain Jack ride than North American audiences are right now, but that's something Disney has an opportunity to work on. How can they do it?

They've already taken the first step in the right direction. Announcing directors Joachim Rønning and Espen Sandberg as the helmers of the fifth Pirates installment is an inspired move on Disney's part given their success with Kon-Tiki, the Oscar-nominated historical drama about a crew's 101-day voyage across the Pacific Ocean. The directing duo's experience with that film already gives Pirates 5 some atmospheric grounding.

Writing will be the other crucial ingredient to rejuvenating domestic (and prolonging overseas) excitement. It's anyone's guess what writer Jeff Nathanson is brewing and, quite possibly, any suggestions we can offer may be too late already. That being said, and since letting the series fade just into the sunset doesn't seem to be an option right now:

Depp ultimately fills those theater seats, but the appeal of the original "trilogy" partly rested in a story that, if sometimes over-complicated, made audiences care about its supporting characters. Jack is the lead, but he needs a strong ensemble behind him to balance things out--otherwise the series could become akin to watching a Star Wars movie where Han Solo is the star with no Luke, Leia, or Chewy to support him. The writers have done well to (mostly) avoid this, but it's not hard to see how Disney might be tempted to forego supporting players in exchange for more screen time going to Captain Jack. That would be a mistake.

Give Audiences Enough Reason to Doubt the Heroes' Odds

Embrace the weird, but don't play that card too often. Honor formula, but without becoming a slave to it.

Focus instead on creating a worthy villain, and if going the route of another historically familiar name, use a little more imagination than Blackbeard was invested with in Tides (did anyone honestly think Jack and his crew wouldn't get the better of him?). One of the great compliments about The Curse of the Black Pearl was its ability to create a fantastical universe without straying too far from believable history, all while creating a viable threat to the protagonists through Geoffrey Rush's Barbossa. His turn, followed by Bill Nighy's Davy Jones, kept the threat real for audiences. This time, casting a well-known actor for a strong antagonist role could be a blockbuster play in aiming to rekindle audience excitement.

Let's not beat around the bush: outlying fanboys/fangirls excluded, audiences cared about Orlando Bloom's and Keira Knightley's Will and Elizabeth in the original films. They weren't only the moral compasses to Depp's Sparrow, they also helped drive the stories with an anchor of familiarity. One frequent criticism of the fourth movie wasn't just their absence, but the blatant attempt to recreate their presence with minor unknown characters.

In fact, could a reunion with Will and Elizabeth be *that* improbable? The ending of At World's End makes that seem difficult to manage, but in Hollywood, writers can find a way to make anything happen--often through the dreaded deus ex machina. This time, it would be wise to respect the appeal of their relationship instead of giving it the ambiguity they chose to in the sequels. Threaten the couple from the outside, not from the inside--general audiences will relate to that more easily.

While they're at it, Disney can still inject some new blood via a slightly larger ensemble cast (on top of a few returning favorites). This method has worked wonders for Universal's Fast & Furious franchise throughout its recent revival. With a sizable audience out there for the blockbuster Disney series, there's a lot of reason to suggest that a Bloom-Knightley return alongside one or two new and inspired actor/character choices might help get the franchise back to event status and $300 million domestic territory for a fourth time.

Balance the dosage of Jack, invest more heart and soul into the ensemble cast alongside a possible return for Will and Elizabeth, and develop a universally significant threat with genuine consequences for the characters. Let fates hang, and audiences will stay emotionally connected. Those, along with other notable ideas readers may have, are key to maintaining the success of Pirates of the Caribbean as a long-term franchise. If the creators stray from these things, the glory days of the franchise will remain a thing of the past. Savvy, Disney?

Tags: Pirates of the Caribbean 5
Print