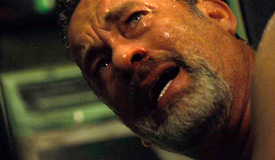 The September grind is almost over, and that's good news for moviegoers. By sending Prisoners to a healthy $20.8 million debut last weekend, adult crowds have shown how hungry they are for something worth the price of admission. We recently analyzed the building buzz for Alfonso Cuarón's Gravity (opening October 4), and the second weekend of October could have its own standout with Captain Phillips.

In recent years, Tom Hanks hasn't driven the big box office numbers his fans (including this writer) and the industry became accustomed to seeing throughout most of his career.

Will Alexander Payne's 'Nebraska' Follow in the Footsteps of 'The Descendants', 'Sideways', & 'About Schmidt'? 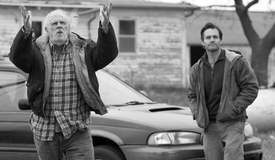 The first trailer for Alexander Payne's Nebraska made its way online today, leaving his fans anticipating the road trip flick even more after positive receptions at Telluride and Cannes. The latter festival saw star Bruce Dern take home a trophy for his leading role. You can check out the trailer below this article, but first, let's take a look at Payne's underrated--yet impressive--history at the box office.

Although Payne's resume is relatively short, the writer/director has made an impact on film fans since 1999's Election. The box office disappointment (grossing $17 million against the same amount in negative costs) became an underground hit and introduced mainstream crowds to the young filmmaker. 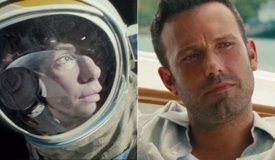 October is closer than it may seem, and with it comes an impressive slate of pre-holiday films on the receiving end of critical buzz. Not the least of which is Alfonso Cuarón's Gravity, starring Sandra Bullock and George Clooney.

For those following the awards circuit, you probably already know the film's first screenings out of Venice and Telluride have gone over extraordinarily well, with words like "masterpiece" bandied about.

It's apparent that critics and die-hard movie fans are going to be eating Gravity up for awhile, but will t... 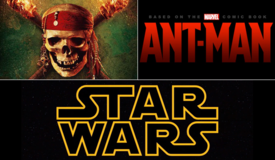 One day removed from the news that Disney and Marvel are bumping Ant-Man three months from early November to July 31, 2015 (presumably to get away from the 24th James Bond movie and final Hunger Games entry), today comes word that the Mouse House is shuffling up plans for the fifth Pirates of the Caribbean. Originally eyeing a July 10, 2015 opening, Pirates of the Caribbean: Dead Men Tell No Tales has been delayed "beyond Summer 2015"--whatever that means. Some reports cite Summer 2016 as now being the sequel's targeted window, but that remains unconfirmed.

Social Network Futures: 'Cloudy with a Chance of Meatballs 2' Poised to Serve as Fall's Family Buffet 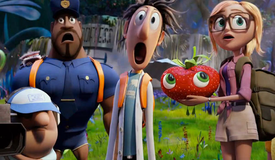 After a year filled to the brim with animated movies, it would be easy to expect demand for another one on the horizon to be soft. Thankfully for Sony, that definitely isn't the case for Cloudy with a Chance of Meatballs 2.

The sequel has consistently performed well in our online tracking metrics over the last few months, and closer analysis reveals the strong potential for a run similar to last year's Hotel Transylvania. That flick--also a Sony release--controlled the family market for five weekends last fall. Signs pointed to its success in advance, and now, they're pointing even more convincingly toward a big audience for Cloudy 2.

UPDATED: Summer 2013 Rundown: Key Stats and Final Analysis for the Biggest Summer Ever 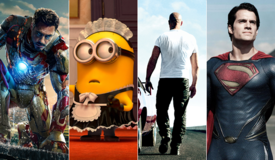 Update: Our analysis below has been updated to include the final results from Labor Day weekend.

Previously: School is in session again, the heat of the season has peaked (for most of us), grills are firing up one last time, and the earliest hints of awards buzz for fall's movies are becoming audible. All of this can mean only one thing: summer's over, folks.

And what a summer it was. The industry's keynote season (defined here as May 1 through August 31) hauled a record $4.69 billion (topping Summer 2011's previous $4.34 billion record). Most studios have plenty of reasons to be patting themselves on the back: this summer yielded a strong 11.5 percent increase over Summer 2012. 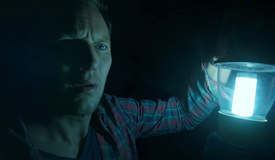 James Wan is on a roll. Since his influential directing effort on the original Saw, Wan has steadily been building his resume. He helmed this summer's breakout smash, The Conjuring, 2011's leggy Insidious, and is currently in pre-production on next summer's Fast & Furious 7 (his first big-budget blockbuster), there's no question that Wan is on a short list of rising directors.

Now, his latest project, Insidious Chapter 2, is dominating the online buzz of any other movie. Sitting comfortably atop the our Twitter chart throughout this week, the sequel totaled an astounding 80,379 tweets during our tracking period.