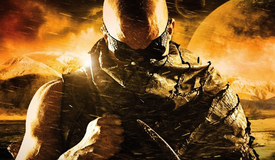 Our regular column returns this week with a look at fall's first official release: Vin Diesel's return as Riddick.

5 Reasons 'X-Men: Days of Future Past' Could Be Summer 2014's Biggest Blockbuster 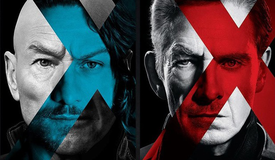 Summer 2013 is winding down. As it does, one of 2014's most prolific releases has been steadily building Internet buzz: director Bryan Singer's X-Men: Days of Future Past.

The X-Men franchise has been through some tough times lately. Since Singer left the directorial chair after 2002's X2: X-Men United, the brand became somewhat stagnant. 2006's The Last Stand opened to massive numbers (for the time) before critical and audience disappointment forced it to sputter out. 2009's X-Men Origins: Wolverine followed suit with weaker box office numbers and, in some cases, weaker audience reception. 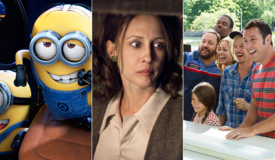 Three quarters of Summer 2013 are in the books and, as was expected, Despicable Me 2 is to thank for July's success. The film's $314 million haul from July 3 to July 31 accounted for 23 percent of the month's $1.369 billion market tally. All-time, the month become the second highest grossing July in history--behind only July 2011 ($1.398 billion).

Universal's animated sequel wasn't the only success story of the month. Grown Ups 2 accounted for $106.7 million during July. While that's off 9.1 percent of the pace of its predecessor's gross through 20 days of release (the amount of time Grown Ups 2 played for during July), it's still a solid performance for the sequel. Warner Bros.' The Conjuring then went on to amass $92. 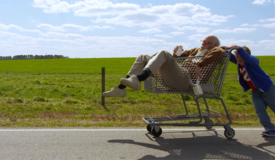 Johnny Knoxville took to Twitter this afternoon as he unveiled the first trailer for Jackass Presents: Bad Grandpa. You can check that out below our analysis.

The recently announced Paramount release is slated to open in time for Halloween business and, if initial Twitter reactions are any indication, it just might prove to be another box office winner for Knoxville and crew. The promise of "real people" and "real reactions" is smart marketing speak as it addresses the fact that similar wannabe-candid comedies usually aren't so candid. Audiences can see through the veil, something which negatively affected Sacha Baron Cohen's Bruno and The Dictator after Borat's massive success.

How to Reinvigorate the 'Pirates of the Caribbean' Franchise 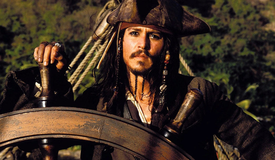 With the recent news surrounding 2015's filling slate and most of the discussion revolving around the Avengers, Star Wars, and Superman vs. Batman (temporarily referred to as Man of Steel 2) flicks, there is still another major franchise that deserves some attention. After all, two of its four films grossed over $1 billion each at the global box office (with the third not far short of it).

That series is Pirates of the Caribbean. And since Johnny Depp has made it clear that he loves playing the character enough to continue ahead with sequels for the foreseeable future, it would take some serious box office disaster to prevent us from seeing at least one or two more Pirates sequels in the years after 2015. 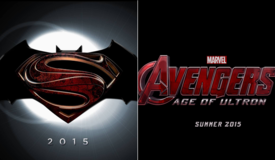 July 22 Update: News out of San Diego Comic-Con this weekend hit the online movie crowd with expected haste: Warner Bros. is planning a Batman-Superman crossover film for 2015. Later that weekend, the first details of the Avengers sequel--now titled Marvel's Avengers: Age of Ultron--also presented themselves at the con.

While the latter was covered in our previous analysis of what lay ahead for 2015, and with little-to-no news about a Man of Steel sequel to report, the former wasn't. Now we know why. 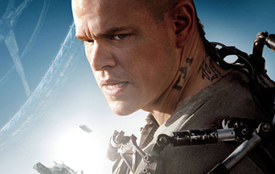 Four years ago, young filmmaker Neill Blomkamp burst onto the scene with his wildly successful low-budget sci-fi flick, District 9. That movie banked an incredible $115.7 million domestically and $208 million globally on a mere $63 million budget (including estimated marketing costs). Ever since, moviegoers and the industry alike have waited for his follow-up movie.

As another original sci-fi story with an R-rating, Elysium certainly has some work ahead of it. But unlike Blomkamp's debut, this one has some help in the marketing department with a recognizable cast led by a proven, veteran leading man in Matt Damon (who drove another sci-fi flick, The Adjustment Bureau, to solid returns in 2011).