Analysis: What Happened to the Spoof? 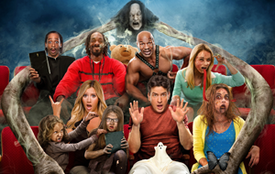 Remember when Austin Powers dominated most summer movies at the box office? How often do you find yourself getting sucked into Spaceballs or Airplane! on TV?

Now, ask yourself the same question about BASEketball, Disaster Movie, and MacGruber. Even if you do remember those, you likely don't want to. There's an even stronger likelihood, based on their own box office results, that you never even saw them.

Granted, the spoof genre has never been a consistent success. Even during the heyday of the legendary Mel Brooks, his success with films like History of the World, Part I (one of the two original modern-day spoofs and earner of a solid $31. 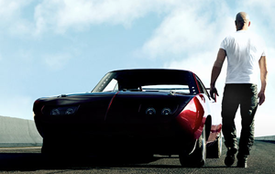 The Hollywood Reporter brings word this afternoon that director Justin Lin won't be returning to helm Fast & Furious 7. Considering that the initial plan after 2011's Fast Five was to film the sixth and seventh movies back-to-back (a plan that didn't come to fruition), this comes as somewhat of a surprise.

While the report claims no bad blood exists between Lin and Universal, the latter is aiming to fast-track the next movie for a 2014 release. That would drastically veer from the franchise's typical trend of two or three years between installments. Lin says that's too fast for him (pardon the pun). 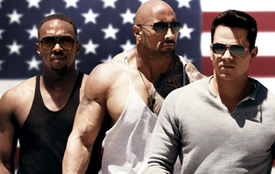 When you say the name "Michael Bay", the last words you expect to hear in the same sentence are "smaller scale". But that's exactly what the Transformers director has gone for with his latest flick, Pain & Gain. Due for release on April 26, the bodybuilding-action-comedy hybrid marks his first non-Transformers flick in nearly eight years (all the way back to 2005's The Island).

This time, he's brought along two A-list actors whose box office credentials have progressively begun to impress over the last couple of years. Headliner Mark Wahl... 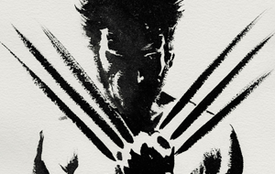 The claws are out.

After two days of 6- and 20-second clips, 20th Century Fox released the first full teaser for July 26's The Wolverine last Wednesday. The result was a decent 12,625 tweet count on the first day, although the previous day (when MTV posted its 20-second video) hauled in 6,037 itself. Director James Mangold's even shorter clip on March 25 helped generate 3,657 tweets.

The first three days of the full teaser's availability (March 27-29) were responsible for 26,162 tweets carrying an average of 6.3 positive comments for every negative one. When it comes to Facebook fans, the film jumped a solid 2.6 percent by gaining nearly 16,000 fans during the same period. 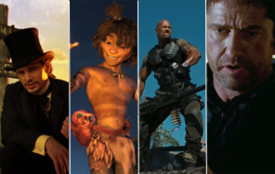 The first quarter of 2013 has come to a close, and March is projected to have rung up an estimated $824.4 million. That figure represents a noticeable 34 percent increase over February's dismal $616.4 million haul. Year-to-year, March was down 12.5 percent from 2012's record $942.4 million haul for the month.

The good news is that last month saw several films deliver where they needed to. Disney's Oz: The Great and Powerful led the charge with a strong $198.4 million in its first four weeks of release, followed by The Croods with $88.9 million after two weekends in release. G.I. Joe: Retaliation certainly contributed to March's bottom line thanks to its first four-day tally of $51 million coming at the tail end of the month. 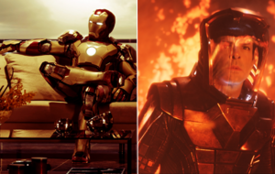 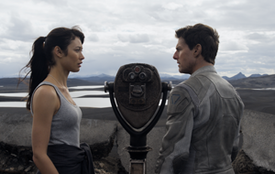 April's relatively quiet release schedule means that a lot is hinging upon the success of one or two films. Arguably the most important one of those will be Oblivion. It's a movie not quite positioned as a summer release but one that could easily continue making the case that April will eventually become "the new May".

Oblivion has some work to do, though. Four weeks out from release, its Twitter activity is alarmingly slow. This may be attributable to the fact that it is between promotional cycles. Still, the Tom Cruise-led science fiction title pulled 603 tweets over the last five days. While that is 108 percent ahead of Jack Reacher's activity during the same time, it pales in comparison to similar titles.