With such a marketable cast and the backing of the producers behind one of the more successful independent outputs of recent years (Sideways), one would expect Smart People to deliver, not only critically, but commercially as well. It failed on both counts and for good reason. After opening with a modest $4.1 million domestically, People barely doubled that in its remaining time in theaters and it will need some Olympic caliber legs to make up ground upon its DVD release. 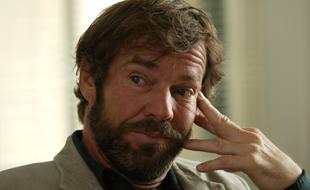 The story focuses on Lawrence (Dennis Quaid), a self-centered professor still mourning the death of his wife, and the often irritatingly eccentric and nonsensical people that make up his life, including his slacker brother (Thomas Haden Church), uptight daughter (Ellen Page) and a former student who turns into a love interest (Sarah Jessica Parker).

Outside of Quaid, almost all of the performances feel repetitive, as if the cast members were merely reprising prior roles. To be fair, the situations afforded to the supporting thesps lack the opportunities necessary to develop and establish motive, and instead they act as meager setups to inevitable punch lines. The picture, as a whole, reads as an obnoxious “how to” in terms of producing faux-witty dramadies and it lacks any real exploration or depth. Frankly, the truly “smart people” will forgo this entirely.