With Redbelt, David Mamet proves once again that he is not only a brave auteur but also as an extremely competent one. Still, the public does not seem to be biting. After opening in a number of theaters countable on one hand, this powerful tale of pride, loyalty, and conviction managed to gross only $2.3 million total throughout its short-lived theatrical run. 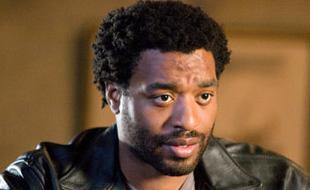 Despite the lackluster box office success, Redbelt remains one of the better efforts of the year and one that certainly should not be missed. Chiwetel Ejiofor plays Jiu Jitsu guru Mike Terry, a complicated man struggling to balance his steadfast teaching principles with the complications that flood his own life. Through Ejiofor is where Mamet truly shines as he allows the actor the opportunity to flesh his character out with shades of moral anguish that are astonishing to watch.

The film as a whole plays as if Mamet is mearly a moderating medium who lets his characters act, not in the way he desires, but in the manner which is most suitable to the picture itself. While the finale may seem somewhat unsatisfactory to the local blockbuster fanatic, it certainly quenches the cinephile palate. What more could we ask for?