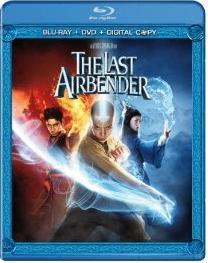 Independent films rarely make a fraction of what mainstream movies earn. But the Summer 2010 release of The Kids Are All Right proved that rare indie hit, a film which stood tall against the blockbuster onslaught to earn $20.8 million.

The film, out today on DVD and Blu-ray, should also be part of the Oscar dialogue in the weeks to come.

Kids stars Annette Bening and Julianne Moore as a lesbian couple with two teen-age children courtesy of an anonymous sperm donor. Their contented lives change when the children decide to find the man behind their DNA.

Their search leads them to Paul (Mark Ruffalo), a handsome restaurant owner who takes a shine to his newly discovered "kids." But it's his relationship to one of their parents that threatens to permanently disrupt this atypical family.

Ruffalo, who has a tendency to blend into the background of late, delivers his sharpest work in years. He's a decent fellow torn by urges and the sudden need to settle down.

The actor still gets overshadowed by the leads, particularly Bening given the less endearing role of a parent whose neuroses also threaten the clan's sense of unity.

The Blu-ray extras include commentary by director/co-writer Lisa Cholodenko and a trio of featurettes—"The Writer's Process," "The Journey to Forming a Family" and "The Making of ‘The Kids Are All Right."

The results gave the director a box office boost, but only those dedicated to the television program will find this sorry sci-fi spectacle worth a look.

The story follows a young boy named Aang (Noah Ringer), an Avatar destined to unite the four elemental groups together in a version of tranquility. But the Fire crowd isn't keen on such societal bliss, including Dev Patel (Slumdog Millionaire) as the son of the Fire King with a chip on his shoulder.

The incomprehensible story will lose the kiddie crowd, and the lousy acting will chase away anyone over the age of 12. Shyamalan's breakthrough film, The Sixth Sense, showed his knack for directing child actors. But that skill appears to have evaporated over time.

The copious Blu-ray extras include a nine-part documentary on the making of the film, a peek at the movie's massive indoor set and "Origins of the Avatar." The latter featurette lets the show's co-creators—Mike DiMartino and Bryan Konietzko—break down the story's mythological roots.

Young Michael Paul Stephenson probably thought his career was on fire after snaring the lead in the 1990 horror film Troll 2.

Little did he know the film would go on to become infamous for all the wrong reasons. It's one of the worst movies ever made.

So who better than Stephenson, all grown up and a fledgling filmmaker, to examine the cult status of his own debacle?

Best Worst Movie details how a terrible film became so beloved over the years. It's so bloody awful it's great. The focus stays mostly on George Hardy, a small-town dentist who played Stephenson's father in the film and still harbors a dream of becoming a movie star.

It's Hardy's tale gives the film its pathos, but the scene stealer here is director Claudio Fragasso. He‘s the "genius" who directed Troll 2 and can't understand why people think it's the work of a hack. His impenetrable sense of self-denial is a hoot.

Documentaries are rarely as engrossing, and flat-out entertaining, as Best Worst Movie.

The hour-plus DVD extras include deleted scenes and interviews, fan contributions, a Q&A with Stephenson and a special message from the Goblin Queen herself, Deborah Reed.

Tags: The Last Airbender, The Kids Are All Right, Best Worst Movie
Print