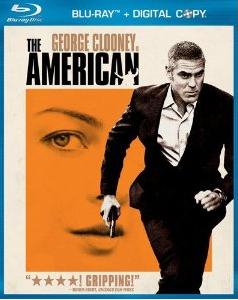 It's hard not to expect an adrenaline ride after seeing the poster art for George Clooney‘s latest film, The American. The silver-haired actor is primed for adventure, a gun in hand in case he finds it.

The film itself is nothing of the kind. It's a meditation on violence and its consequences, a sort of anti-blockbuster meant to deflate the typical Hollywood product.

In ways it works precisely as planned. The movie lacks the shaky camera work, impossible stunts and other pitfalls of the modern adventure film. And Clooney says so little throughout the movie it's like he's auditioning for a role in a spaghetti western.

But minimalism won't work if the protagonist isn't worth our attention. Clooney's maturing skills give The American an edge, but the film neglects to give him enough dramatic substance to give the few action sequences snap.

Clooney plays Jack, an assassin whose latest gig ends badly. He kills his intended target, but an innocent woman also dies as a result. Shaken, he jets to a small Italian village to await new instructions from his boss (Johan Leyson).

Jack's next assignment proves as mysterious as every other element in the film. He's tasked with building a rife for a fellow assassin (Thekla Reuten, In Bruges). The mission affords him enough time to swoon over a local prostitute (Violante Placido), a stale subplot given the film's attempt to break the storytelling mold.

Jack appears at an emotional crossroads. Yet the more we watch him run through his meditative paces, the less we care about him—and the film.

Clooney deserves credit for using his star power to push a film that's all but impossible to market to mainstream audiences. And he's convincing as a twitchy assassin, especially when he's dismantling weapons with a speed that bespeaks years of practice. But he's far less dedicated to his cover - he's supposed to be a photographer but barely touches a camera.

Clooney's Jack simply doesn't register as a flesh and blood character. The supporting players try to fill in some blanks, indicating there's a decency hidden beneath his ugly profession. But the spare screenplay offers few other clues, and Clooney isn't a gifted enough actor—yet—to connect the emotional dots.

The American is a thoroughly European affair, with a pace and execution that stands in direct contrast to movies made stateside. But the best Euro thrillers offer fascinating characters and spasms of violence that leave audiences exhilarated. The American can't replicate those emotions no matter how hard it tries.

The Blu-ray extras include deleted scenes, most of which are frustratingly brief and feature the same spare dialogue as the rest of the film, plus a "making of" featurette that sheds light on the man behind the camera.

"Journey to Redemption: the Making of The American" focuses mainly on director Anton Corbijn, a still photographer turned filmmaker whose smart compositions reflect his seasoned eye. He calls his film a treatise on the "cowboy-Indian thing" found in older movies.

"These films have a real morality to them," he says.

Clooney may be best known for movies like Up in the Air and the dashing Oceans trilogy, but Corbijn prefers watching the actor in more harrowing situations.

"I always like George when he's angry in films," he says. But Clooney himself is mostly MIA from the featurette. We do see him on set—the best moment coming when he contorts his face into a clownish grin to break the tension before a tough scene.