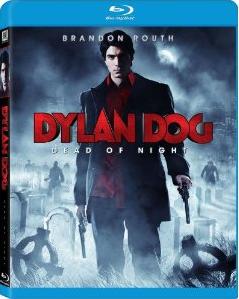 There's a killer horror comedy lurking beneath Dylan Dog: Dead Of Night, but it's buried under flat dialogue, wretched effects and one seriously miscast leading man.

Brandon Routh, whose Superman Returns reboot didn't take with movie fans, stars as a private detective nursing some heavy emotional baggage. Dylan Dog once worked the supernatural circuit solving squabbles amongst the vampires, zombies and werewolves roaming the mean streets of New Orleans. But now he's reduced to solving petty domestic disputes with his sometimes partner (Sam Huntington, also from Superman Returns). When Huntington's character gets turned into a zombie, Dylan is forced to resurrect his old otherworldly tricks in order to restore the balance between the living and the dead.

Dylan Dog, based on a popular Italian comic series, tantalizes horror fans with some fresh genre twists, and it wisely doesn't take itself seriously. But Routh is all wrong as the burned out private dick with a dark side. Routh's narration, meant to spoof both film noir and horror epics, barely has a pulse. And the veteran cast, including Taye Diggs and Peter Stormare, never quite get in sync with the pulpy nature of the material.

Dog might have achieved cult status had it not been so bloody complicated. Plot strands come and go, and all we're left with are a few feeble punchlines and the sight of poor Huntington kevetching about his new undead status.

The film marks a low point for the otherwise charming Routh, although the bare bones Blu-ray release doesn't make us suffer through any laudatory extras.