Harry Potter and the Half-Blood Prince has a very real shot at becoming the summer's most successful film. 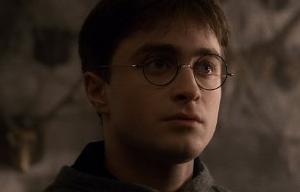 This week, B OXOFFICE has added that famous teenage wizard, Harry Potter, to our Anticipation Index.

After snagging the highest-grossing film of 2008—or pretty much any other year, for that matter—with The Dark Knight, Warner Bros. could take that crown once again with Harry Potter and the Half-Blood Prince, the sixth film in the series. The Potter franchise has been worth billions to Warners, and they'll be sad to see it go. The fact that the studio has decided to split the last installment, Harry Potter and the Deathly Hollows, into two films should prove to be a wise decision in many ways. After all, they'll have two box office juggernauts on their hands instead of one, and the die-hard fans won't have to complain that too much was cut from the book on the way to theatres.

The most successful film in the series is still the first one, Harry Potter and the Sorcerer's Stone, which managed to grab a staggering $317.6 million domestically—$403.6 when adjusted for inflation. The fifth film in the series, Harry Potter and the Order of the Phoenix, raked in an impressive $292 million domestically—$304 million when adjusted for inflation.

A July 15th release date provides the opportunity for Half-Blood Prince to do considerable damage. By that time, most of the strongest summer blockbusters will have run their course. Half-Blood Prince 's biggest competition will come from Transformers: Revenge of the Fallen, which opens on June 24. Both films will be able to post some serious numbers heading into the typically weak month of August, and they will be competing for the title of most successful film of the summer. Check out our predictions for both in the table below.