Weekly Anticipation Index: 'Disney's A Christmas Carol,' 'The Box,' 'The Fourth Kind' and 'The Men Who Stare at Goats'

Disney's A Christmas Carol should start November off on a very positive note at the box office. 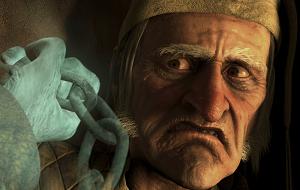 This week, we've added four new films to our Anticipation Index. Disney's A Christmas Carol, The Box, The Fourth Kind and The Men Who Stare at Goats all open on November 6.

Without a doubt, Carol will emergence victorious by quite a bit. The combination of Jim Carrey, a trusted premise and the track record of director Robert Zemeckis should help make the Disney release one of the biggest hits of the season. Plus, Zemeckis has been making big improvements in the world of performance-capture technology since The Polar Express opened in 2004, so Carol will most likely come to represent an important film in the growing 3D canon.

Cameron Diaz and Milla Jovovich will be squaring off against each other with a pair of thrillers. Diaz stars in The Box, while Jovovich leads The Fourth Kind. The edge has to go to Diaz since she's the bigger star, but the competition is likely to hurt the performance of both films.

Since it deals with Iraq, The Men Who Stare at Goats will be a tough sell. Luckily, the critical reception is already very positive and the film is being compared to Three Kings, another unconventional war movie from Goats star George Clooney.