Summit's The Twilight Saga: New Moon is poised to dominate the box office this November. 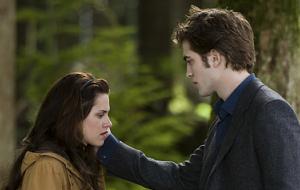 This week, we've added three new films to the Anticipation Index. The Twilight Saga: New Moon, The Blind Side and Planet 51 all open on November 20.

Obviously, New Moon will win the weekend by a healthy margin. The Twilight phenomenon has only grown since the first film debuted last November with an opening weekend haul of nearly $70 million. It's safe to say that New Moon will improve on that opening by a large margin considering that the film is already dominating the world of online ticket sales on Fandango.com and MovieTickets.com.

Opening in the shadow of New Moon, The Blind Side and Planet 51 will have to struggle to gain attention. Blind Side should serve a nice alternative for adults that aren't interested at all in New Moon, while Planet 51 will work for families with children who are too young to digest New Moon.