Weekly Anticipation Index: 'The Book of Eli,' 'Hoodwinked Too! Hood vs. Evil,' 'The Spy Next Door' and 'Lovely Bones'

Another apocalypse film and a novel adaptation will try to do some damage at the box office in January. 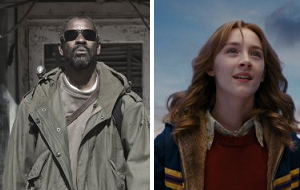 This week, we've added four new films to the Anticipation Index. The Book of Eli, Hoodwinked Too! Hood vs. Evil and The Spy Next Door will all open in wide release during Martin Luther King Jr. Day weekend. The Lovely Bones is expanding wide after a limited release that begins on December 11.

As long as audiences aren't suffering from apocalypse fatigue after 2012, The Road and Daybreakers, The Book of Eli should post very strong numbers. Denzel Washington is one of the most reliable movie stars working today and he's coming off the modest success of The Taking of Pelham 1 2 3.

As for The Lovely Bones, some serious Oscar buzz, the trust that director Peter Jackson has earned and the fact it's based on a best-selling novel are the factors that will push it to a strong theatrical showing.