Milla Jovovich will kill some zombies again this September 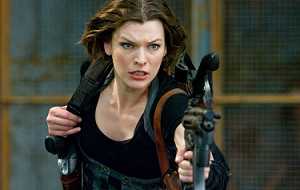 This weekend, we've added Resident Evil: Afterlife to our Long Range Forecast. The film is set to hit theaters on September 10.

Resident Evil: Afterlife marks another attempt to breathe new life into a franchise by making it 3D. It worked for the Final Destination franchise last August, and it should work here as well. Unlike Clash of the Titans and The Last Airbender, Afterlife was planned as a 3D release from the very beginning and it shows in the trailer.

The Resident Evil films mark one of the few times that Hollywood was able to successfully adapt a video game. Look for fans to welcome back the property with open arms.

Check out our prediction for Resident Evil: After as well as other films in the table below.