Long Range Forecast: 'Life as We Know It' and 'Secretariat' 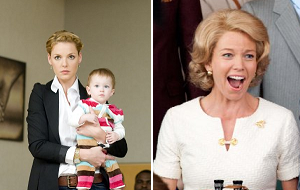 This week, we've added two new films to the Long Range Forecast. Both Life as We Know It and Secretariat are set to hit theaters on October 8.

After stumbling a bit with Killers, Katherine Heigl should rebound with Life as We Know It. The film's trailer has just the right mix of comedy and drama, and the Warner Bros. release looks like just the kind of tearjerker that audiences eat up during the fall. Co-star Josh Duhamel is not a box office draw yet, but he is a recognizable face and the two seem to have genuine chemistry.

Secretariat, a female-driven sports drama, will try to be this year's Blind Side. Lane is far from a reliable draw, but the Disney name should do most of the leg work when it comes to drawing in family audiences.

Tags: LIfe As We Know It, Secretariat