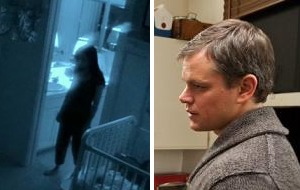 This week, we've added two new films to the Long Range Forecast. Paranormal Activity and Hereafter are both scheduled to hit theaters on October 22.

Paramount is hoping that lightning will strike twice with the Paranormal Activity property. Horror sequels are a tricky thing to get right, especially when they come after a huge phenomenon. Look for no further than Book of Shadows: Blair Witch 2, which grossed only $26.4 million after the surprising success of its predecessor. While there's certainly a chance that Paranormal Activity 2 could fall into that trap, early reactions to the teaser are positive. Paramount should get a little more mileage out of this one.

Most of Clint Eastwood's recent directorial gigs open to modest numbers before ultimately showing some serious staying power. Hereafter should be no different. Eastwood makes movies for adults, which means that his audience doesn't necessarily rush out opening weekend. Oscar buzz could also prolong the film's theatrical run.

Check out our predictions for those films as well as other in the table below.