The Saw franchise takes the 3D route this October 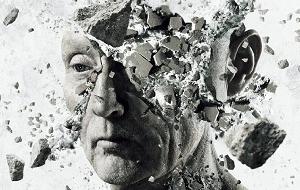 This week, we've added Saw 3D to the Long Range Forecast. The Lionsgate release is set to hit theaters on October 29.

Last October, the Saw property took a huge hit thanks to the behemoth that was Paranormal Activity. Saw VI opened to a mediocre $14.1 million, which marked a steep decline from Saw V's $30 million debut. Meanwhile, Paranormal Activity grabbed $21.1 million during its weekend of wide release.

Saw 3D will have to compete with Paranormal Activity 2, which comes out on October 22. Having both films hit theaters in such a short span of time means that opening weekend receipts are more important than ever. If Paramount manages to convince moviegoers that PA2 is just as exciting and new as the first film, then Saw 3D could be in real trouble. Then again, PA2 could easily bomb in the same way that the sequel to The Blair Witch Project did. If that happens, Saw 3D will be much better off.

Check out our predictions for Saw 3D as well as other films in the table below.