Long Range Forecast: 'TRON: Legacy,' 'How Do You Know,' 'Yogi Bear' and 'The Fighter'

TRON Legacy is set to do some serious damage at the box office this December. 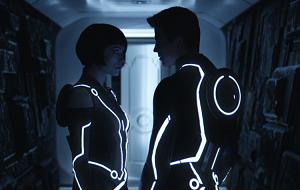 This week, we've added four new films to the Long Range Forecast. TRON Legacy, How Do You Know, Yogi Bear and The Fighter are all set to open on December 17.

TRON Legacy promises to be a huge sci-fi hit. With Disney's marketing muscle behind it, the 3D release should capture a substantial audience. It also doesn't hurt that a built-in fan base exists thanks to the 1982 original film, which has become a cult sensation.

Writer/director James L. Brooks has assembled one of the best ensemble casts of the fall for How Do You Know. The presence of Reese Witherspoon, Paul Rudd, Owen Wilson and Jack Nicholson is bound to have moviegoers lining up. The theatrical trailer is also perfectly tailored to draw in date crowds.

Warner Bros. should be worried about Yogi Bear. Early buzz after the release of the theatrical trailer is very negative. Even though Yogi is a recognizable cartoon property, that doesn't guarantee that it will be a hit. For proof, look no further than the disastrous performance of Dudley Do-Right and The Adventures of Rocky & Bullwinkle.

The Fighter is already generating Oscar buzz. The Academy tends to love inspiration boxing stories, and so do audiences. If The Fighter can tap into the same emotional current that made Million Dollar Baby a success, then Paramount could have a huge success on their hands.

Tags: TRON: Legacy, How Do You Know, Yogi Bear, The Fighter