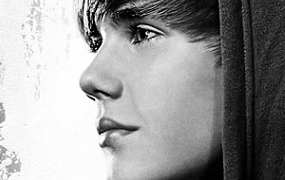 This week, we've added four new films to the Long Range Forecast. Justin Bieber: Never Say Never, Just Go With It, The Eagle and Gnomeo and Juliet all open on February 11.

Bieber has inherited the teen sensation crown for Miley Cyrus, and Never Say Never will test whether or not his fans will follow him to movie theaters. The smart money is on Never Say Never easily topping the $31.1 million debut haul of 2008's Hannah Montana/Miley Cyrus: The Best of Both Worlds Concert Tour. Bieber's following is truly massive. For proof, look no further than the nearly 16.7 million supporters of his official Facebook page.

Adam Sandler and Jennifer Aniston will lead Just Go With It to healthy receipts. If the two stars didn't have to compete with rabid Bieber fans they would easily win the weekend. Sandler is on fire after Grown Ups, and Aniston does well when paired with a reliable leading man.

The Eagle will serve as an alternative for action fans who aren't the least bit interested in romantic comedies or concert films. Still, star Channing Tatum is not yet a big enough draw on his own.

Gnomeo and Juliet will suffer from the fact that parents will be too busy taking teens and pre-teens to see Never Say Never to focus on anything for younger children.