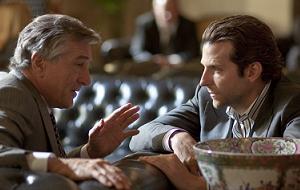 This week, we've added three new films to our Long Range Forecast. Limitless, Paul and The Lincoln Lawyer are all set to open on March 18.

Bradley Cooper will try to hold his own against Robert De Niro in Limitless. Cooper has a lot of promise as a leading man, but he's been floundering a bit since The Hangover. The A-Team was one of last summer's biggest duds, and Case 39 was pretty much dumped by Paramount. Limitless could turn that around a little bit, but blockbuster numbers are tough to come by in March for a film that's not aimed at families.

Paul will bring with it a cult-following thanks to stars Simon Pegg and Nick Frost. Unfortunately, it will also skew heavily male and its "fan boy" appeal will make it front-loaded at the box office.