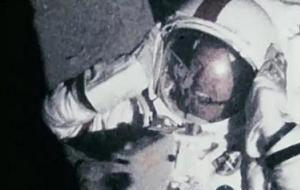 We've added Apollo 18, The Debt and Shark Night 3D to the Long Range Forecast this week. All three films are scheduled to open on September 2.

Apollo 18 aims to take the found-footage genre into space. Chances are high that it'll be successful, because the genre is still relatively fresh and it hasn't lapsed into self parody yet. Expect The Weinstein Company to put a lot of marketing muscle behind this one.

The Debt represents a non-blockbuster role for Sam Worthington, and therefore it'll be huge test of his drawing power. The presence of Helen Mirren and Tom Wilkinson in supporting roles adds more weight to the whole affair. This revenge drama should post modest numbers thanks to steady business from adult moviegoers.

Shark Night 3D will be gunning for the same audience that lined up for Piranha 3D last summer. Yet that's not a very lofty goal considering that Piranha 3D opened to $10.1 million on its way to a $25 million domestic haul. Shark Night 3D seems to be taking itself a bit more seriously, and that may hurt it in the end. Horror junkies are jaded when it comes to underwater suspense. They either want something new and frightening or a tongue-in-cheek bit of business like Piranha 3D.