Long Range Forecast: 'Contagion,' 'Warrior' and 'Bucky Larson: Born To Be A Star' 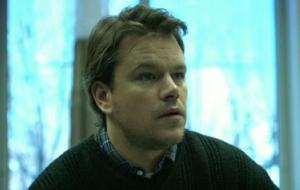 We've added Contagion, Warrior and Bucky Larson: Born To Be A Star to the Long Range Forecast this week. All three films are set to open on September 9.

Contagion boasts one of the strongest casts of the year. The combined drawing power of Matt Damon, Gwyneth Paltrow, Kate Winslet, Jude Law and Laurence Fishburne will be enough to get moviegoers to show up for what promises to be a very bleak film. Any Oscar talk could boost the flick's staying power.

Warrior has sleeper hit written all over it. Stars Tom Hardy and Joel Edgerton are both on their way to becoming bigger draws, and the high concept premise about two brothers fighting each other for a championship will have a huge appeal among male moviegoers. Look for this one to show some legs.

Frequent supporting player Nick Swardson (Just Go With It) gets a shot at being a leading man with Bucky Larson: Born To Be A Star. Swardson is an expert scene stealer, but we're betting that he'll buckle under the weight of carrying his own film. Expectations are very modest.

Tags: Contagion, Warrior, Bucky Larson: Born To Be A Star