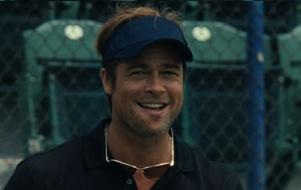 Leading the way is Moneyball, an adaptation of the book of the same name, based on the behind the scenes happenings of the Oakland Athletics baseball team. Brad Pitt leads the film's cast, which also includes Jonah Hill and Philip Seymour Hoffman. Moneyball may be a little too inside baseball to truly break out, but it should have a solid debut at the box office and could hold up well in the days after opening weekend as it is a likely candidate for generating good word of mouth.

Twilight Saga star Taylor Lautner tries his hand at a starring role in Abduction. The John Singleton directed action-thriller appears to be more sellable than last year's Remember Me, which starred fellow Twilight Saga star Robert Pattinson, but won't have the built-in following that this year's Water For Elephants had. Expect Abduction to be very front-loaded thanks to a likely rush-out of Lautner's fans.

Jason Statham returns to the big screen in the action film Killer Elite. Statham is typically a safe bet for a debut in the neighborhood of $10 million and the added presence of Clive Owen and Robert De Niro in the cast should also help some. However, being released by new distributor Open Road Films could very well limit some of the film's potential.

Dolphin Tale will hope to draw in family audiences, but the film looks to be a tough sell, especially when factoring in 3D surcharges and cast members who aren't as popular as they once were. We aren't expecting much on opening weekend for the family film, but it could hold up well thanks to the limited amount of family fare in October.