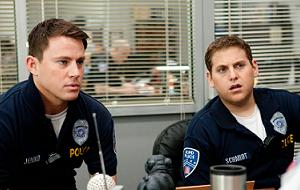 We've added 21 Jump Street and Mirror Mirror to the Long Range Forecast this week. Both films are set to hit theaters on March 16.

21 Jump Street's success largely depends on whether or not audiences find the pairing of Channing Tatum and Jonah Hill to be an interesting one. Tatum is at the height of his drawing power, but Hill is coming off the disaster that was The Sitter. Loyalty to the original television won't run deep enough to make this one a hit—21 Jump Street needs to appeal to teens who are to young to remember its source if its going to make any real money.

In the battle of the Snow White pics, Mirror Mirror isn't generating nearly as much Facebook and Twitter activity as Snow White and the Huntsman. Relativity needs Mirror Mirror to be a hit, but it's vaguely campy tone doesn't seem to be going over all that well. This could turn into one of the year's biggest duds.