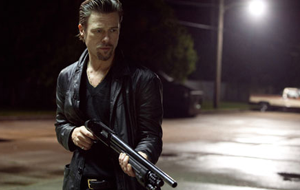 With the transition into the Christmas season, Hollywood typically takes the week off from any major new releases during the week following Thanksgiving. The one exception this year will be the oft-delayed Killing Them Softly, starring Brad Pitt. The well-reviewed flick from The Weinstein Co. is currently slated for a Friday, November 30 launch.

- The drawing power of Brad Pitt and the presence of a strong supporting cast.
- Early reviews have been positive and the trailer has been well received.

- Opening a wide release the weekend after Thanksgiving weekend is historically tough.
- The Assassination of Jesse James has a cult following, but nobody saw it in theatres.
- Killing Them Softly could prove to be one of Pitt's less mainstream films.

Check out our predictions for Killing Them Softly and other upcoming films in the table below.