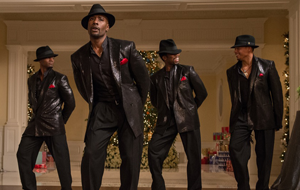 Universal's The Best Man Holiday is this weekend's sole new wide release. Check out our thoughts on its financial potential below.

- The original 1999 film was a modest hit, grossing more than $34 million domestically (about $54 million in 2013 dollars).
- The original and expanded cast includes names who have become more famous since the original film, particularly Terrence Howard.
- Being the only new wide release of the weekend never hurts.

- Although it was successful, do audiences still remember The Best Man?
- Aside from the ensemble cast of recognizable names and faces, none of them have been proven box office draws.
- Opening in between Thor: The Dark World and The Hunger Games: Catching Fire could prevent a breakout as audiences may simply take the weekend off.

Check out our forecast for this weekend's top 10 in the table below.