Weekend Forecast: 'Out of the Furnace' 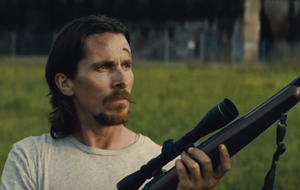 The only wide release scheduled for December 6 is Out of the Furnace, starring Christian Bale.

Out of the Furnace

- Aside from Bale's success in the Dark Knight trilogy and The Fighter, he hasn't become a consistent box office draw yet.
- Crazy Heart wasn't a big commercial hit, so selling the film as "from the director of..." that pic won't do much to help Furnace.
- In between a busy Thanksgiving weekend and next week's release of the new Hobbit movie means a lot of moviegoers will stay at home.

Check out our forecast for Out of the Furnace and the remainder of this weekend's top 10 in the table below.

Tags: Out of the Furnace