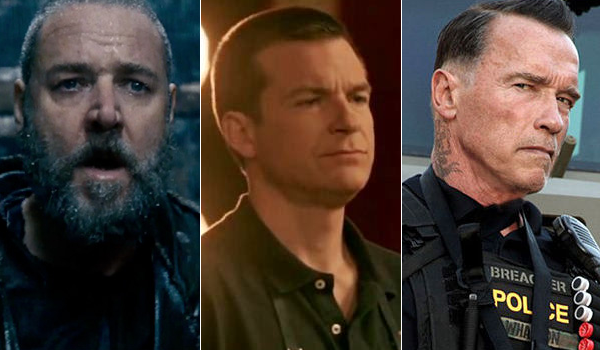 - When it comes to a story that plenty of people are familiar with, you'd be hard-pressed to top the Noah tale.
- Russell Crowe appearing in another epic should bring back fond memories of Gladiator for many viewers.
- Releasing the film before Easter will help entice religious crowds.
- Co-star Emma Watson will help the film appeal to younger viewers.
- Paramount is wisely advertising the film during the Super Bowl. That kind of exposure should help Noah substantially.

- There are reports that director Darren Aronofsky and Paramount are feuding over the film. (For what it's worth, Aronofsky denies them.) Also, those same reports claim that test screenings for religious crowds did not go well. If the reports are true, then the film could be in trouble after--or even during--its opening weekend.
- Russell Crowe has a pretty spotty track record at the box office that can't be ignored.
- If Son of God overperforms earlier in the year it could take a small bite out of Noah's haul.
- Religious crowds are fickle. They'll turn on a film as quickly as they'll embrace it.

- Early reactions to the first trailer are mostly positive.
- Reviews out of the Toronto International Film Festival were encouraging.
- Jason Bateman is on a roll lately thanks to Horrible Bosses and Identity Thief.

- Distributor Open Road has found success in the action genre with the likes of The Grey and End of Watch.
- Arnold Schwarzenegger is still very good at generating free publicity.

- We're worried that the market is just too crowded for Sabotage to truly take off.
- Arnold may be back, but the paying public doesn't seem interested. The Last Stand and Escape Plan both bombed at home. The actor clearly needs to stick with established properties.

Check out our predictions for these films and other upcoming releases in the table below. Notable changes this week include The Monuments Men (down), The LEGO Movie (down), Vampire Academy (down) and Robocop (up).