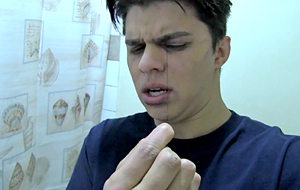 Paranormal Activity: The Marked Ones

- The franchise's branding should bring out fans of the first four movies.
- The Devil Inside successfully bowed to a a huge $33.7 million opening on the first Friday of January two years ago.
- The series has a strong following on Facebook where it boasts nearly 20 million fans.

- Fans have been increasingly disappointed with horror films of late, including Paranormal Activity 4 (which dropped sharply from its predecessors' box office performance).
- Opening against a crowded slate of holiday holdovers will be a tough challenge to overcome.
- At this point in most franchises, most comparably being Saw, audience fatigue sets in.
- Twitter and Flixster activity are significantly behind that of The Devil Inside and Paranormal Activity 4.

Check out our weekend forecast for the top 12 in the table below.