Long Range Forecast: 'The Other Woman', 'The Quiet Ones' and 'Brick Mansions' 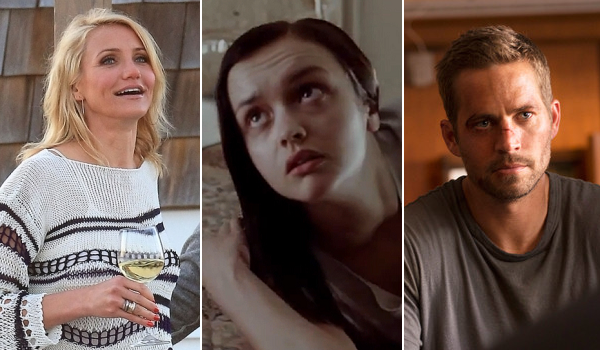 BoxOffice adds three new films to our Long Range Forecast this week: The Other Woman, The Quiet Ones and Brick Mansions.

The Other Woman
(Fox)

- Female-skewing comedies are doing very well at the box office these days.
- Cameron Diaz may have a spotty track record at the box office, but when it comes to comedies she's very reliable. Hits include Bad Teacher, What Happens In Vegas and The Holiday.
- Kate Upton's popularity as a model will help the film generate plenty of free publicity.
- This is exactly the kind of movie that women see on a night out with their friends. Think Sex and the City or Magic Mike.
- April doesn't boast a lot of comedies aimed at adults, so The Other Woman will largely have the marketplace to itself.

- Opening so close to the beginning of the summer movie season could hurt its staying power.
- Men will largely want to avoid this one. They won't even see it as a date-night option.

The Quiet Ones
(Lionsgate)

- The first trailer is very similar to The Conjuring. If The Quiet Ones can managed even half of The Conjuring's $137.4 million domestic haul, then it will be a huge success.
- Lionsgate has plenty of experience leading original horror titles to success.

- It's opening just two weeks after Oculus, another low-budget horror flick. If that film overperforms then it could hinder The Quiet Ones.
- Again, the oncoming summer season could hinder it.

- The untimely death of Paul Walker give this film new relevance. Walker's fans are bound to show up to support this effort.
- Co-star RZA lends some valuable name recognition to Brick Mansions, especially when it comes to pleasing fans of B-grade action flicks.

- As a male-skewing flick, it will be seriously hurt by the emergence of The Amazing Spider-Man 2 the following weekend.

Tags: The Other Woman, The Quiet Ones, Brick Mansions