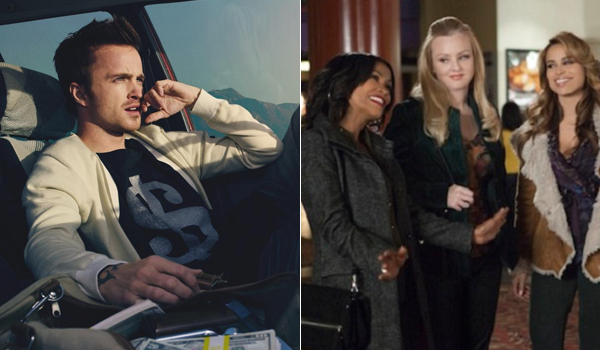 The weekend of March 14 sees the wide release of Need for Speed and Tyler Perry's The Single Moms Club.

- The popular video game franchise has an established fan base that could show up this weekend.
- Star Aaron Paul is riding high off his fame from the Breaking Bad TV series.
- Disney's marketing muscle could strengthen upfront appeal.
- Twitter and Flixster activity are respectable.

- Video game adaptations have a long and rocky history at the box office, especially without major stars attached.
- Paul isn't a household name outside of the Breaking Bad fan base.
- Without the Disney name front and center, will the studio's typical family crowds be interested at all?
- The video game series could be significantly skewing online interest metrics.
- Pre-sales have left something to be desired.

- Tyler Perry's core fan base typically shows up on opening weekend.
- As the first female-centric opener in recent weeks, that audience could show up for this one in modest numbers.

- Perry's box office draw has waned in recent years, especially when he isn't the star of his own movie.
- The lack of any star names will prevent anything stronger than modest business.