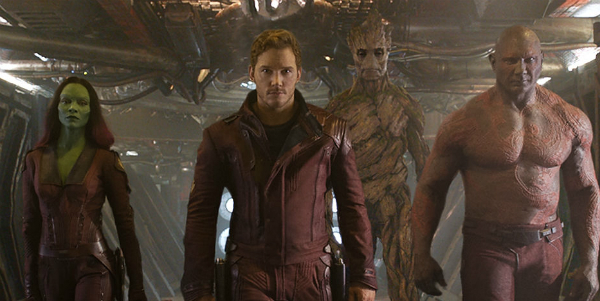 Disney/Marvel are set to launch yet another superhero property with Guardians of the Galaxy on August 1st. This week BoxOffice takes a closer look at the commercial prospects for this unconventional flick.

Guardians of the Galaxy
(Disney)

- Disney's marketing campaign deserves an A+. Everything from the trailers to the posters have been spot on.
- Co-star Vin Diesel has a very loyal fanbase and a whopping 77 million+ likes on Facebook that he can promote Guardians to.
- Star Chris Pratt is on the rise and this movie is poised to make him an even bigger star.
- Releasing the film in August means it will face less competition that it would in May, June or July.

- It may come across as too quirky and unconventional for some viewers.
- The trailer does not give off a family-friendly vibe.

Check out our predictions for this film and others in the table below. Notable changes this week include 22 Jump Street (up) and How To Train Your Dragon 2 (down).

Tags: predictions, Guardians of the Galaxy