Weekend Forecast: 'Tammy', 'Deliver Us From Evil', & 'Earth to Echo' 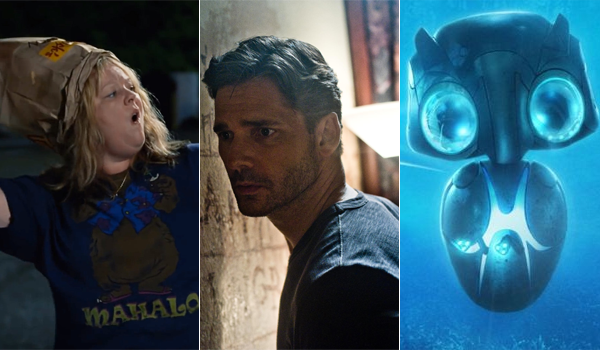 This Fourth of July weekend sees the release of three new flicks.

- Melissa McCarthy's star power has multiplied exponentially in the past few years.
- Women haven't had much to choose from at the movies outside The Fault In Our Stars and The Other Woman in recent months.
- Flixster activity is somewhat encouraging.

- Reviews are in the cellar.
- The big success of 22 Jump Street and Neighbors has diminished demand for another comedy this soon.
- Twitter activity has been sluggish.

Deliver Us From Evil

- Horror fans have been starved in recent months outside of low-level performers like Oculus.
- Eric Bana adds some recognition that many horrors usually lack.
- Facebook activity is healthy.

- Online buzz is noticeably weak for a horror flick.
- Bana is far from a guaranteed box office draw.
- The upcoming Purge sequel is likely taking attention away from this among the target audience.

- Families and pre-teens looking for an alternative to typical summer blockbusters could check this out.
- The holiday should bolster the aforementioned family audience.

- As a Relativity Media release, exposure and awareness are somewhat low.
- The film's promotional material has drawn some unfavorable comparisons to Super 8.

Check out our weekend forecast in the table below.

Tags: predictions, Tammy, Earth to Echo, Deliver Us From Evil